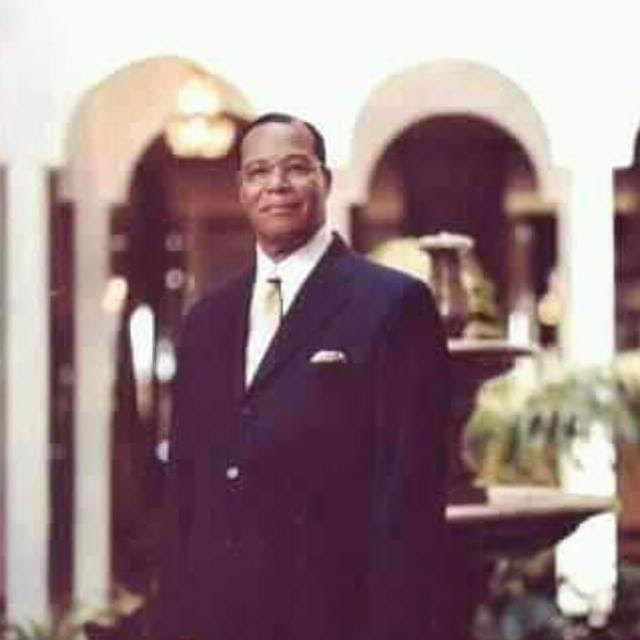 The Holy Qur’an constantly reminds us that Allah’s command is just “Be!” And it is. But this is not some spooky term such as “Abracadabra!” or “Open Sesame!” When Allah (God) says, “Be!”, He summons the Power of His Own Being, His Creative Mind and Will, to bring about that which He Wills.

Allah’s Will never fails. There is no plan by any scholar or scientist, no power in the heavens above or in the earth beneath that can circumvent the Plan of Almighty God. In fact, the plans of the present world leaders were all taken into consideration. Before they were even a thought in the mind of their father, their plans were known. Their scheme was known. And Allah (God) took their plans into consideration. He places His Hand over their plan; He places His scheme over their scheme, so that even their wicked schemes help to bring about the fruition of His Will. That is a Mighty, Powerful Being we are dealing with. When He says, “Be!”, it is.

What a wonderful thing, that Almighty God, Allah, chooses to share this Power with humanity! Think of that, Brothers and Sisters! Almighty God, Allah, Who has created everything by His Will, shares His Power with you and me! We, today, have the ability to will. We have the ability to plan, to organize and to bring into fruition our plans. We, too, can say “Be!”, go to work, and it is.

The Will is the real power of Allah (God) in man. However, the Will must be buttressed, or supported, by Faith and by Knowledge. Let us look at Will and its meaning; Faith and its meaning; and Knowledge. Let us look at what Allah (God) has given us of His Will. And what do we have of Faith? What do we have of Knowledge to buttress and support the power of our own being?

“Will,” according to Webster, is “the faculty of conscious and especially of deliberate action.” There is no action that is not preceded by a conscious thought, planning and then the carrying of a plan into action. “Will” is the power of control that the mind has over its own action(s).

Faith, of course, is “confidence or trust in a person or thing.” Faith is having confidence in your own ability or in someone else’s ability. In the divine scheme of things, Faith is having confidence and trust in His Word—knowing that His Word never fails; His Plan never fails; His Will never fails. When we put our trust completely in Allah (God) and in His Word, we have the ability to see beyond our knowledge—for what we know is limited.

We must be faithful men and women, but we must also be possessors of Knowledge. There are so many of our people who have a lot of Faith but very little Knowledge. We need both, Faith and Knowledge, to buttress and support the power of our being, which is our Will.

Prophet Muhammad (Peace Be Upon Him) said nearly 1,400 years ago: “One who goes out in search of Knowledge is in the Path of God until he returns.” Why did Prophet Muhammad make such an utterance? It is because when we go out in search of Knowledge, we should never return. For Knowledge is the path of Allah (God). And Knowledge, like Allah (God), is infinite. When you go out after Knowledge, never say, “I found it!” For when you have said you have found it, you have stopped searching. You have stopped seeking. When you stop searching, stop seeking, you reach a plateau of learning. That plateau leads to the death of your society; the death of your own power; your creative energy.

Unfortunately, this is what has happened to this world in which we presently live. Man has amassed a lot of Knowledge but, unfortunately, he believes that he has found it. And in finding it, he has lost it and is no longer in the path of Allah (God). So the Knowledge that he possesses leads his society to greater and more complex problems that his own Knowledge gives him neither the light, nor the ability to solve. This is when Allah (God) steps in, when our own Knowledge fails us.

What about you with this tremendous skill in science, mathematics, physics, chemistry? Don’t you realize that you are, yet, a baby? You have a little bit of Knowledge and very little Faith in Allah (God). Consequently, your Knowledge takes you nowhere but to self-destruction. And so, beloved, each of us would want to develop the power of our own being; to use that power to better ourselves, our families, our community, our people, our Nation, the World. We must seek Knowledge and we must develop Faith. For it is Knowledge and Faith that buttress and support that great power of Allah (God) in man—man’s ability to Will.

The Will is protected and also sustained, not only by Faith, but also by our Attitude, which demonstrates the degree of our Faith. We cannot have a powerful Will and a weak Attitude. The Attitude that we have is for the protection of the Will. Change your Attitude and you might redirect your Will.

Attitude is “the manner, disposition, feeling, position” with which we regard a thing. It is a “tendency or orientation, especially of the mind.” Think of these words. It is a “tendency” or “orientation” of the mind.” In fact, Attitude can give you—or damage—your ability to perceive reality. Mood can color your perception. So we have all of these things that affect the Will, and, in fact, redirect the Will. Beloved, we must be careful of our Attitude.

Will is the Power, but Power must be guided. Guided by what? The Power of the Will must be guided by Knowledge. But there is an emotional force that gives direction to Will. And the emotional force—which is the creative force upon which the entire Universe is constructed—is Love. And it is out of this awesome power of Love that the Will springs up; it springs up out of this emotion, and it is directed and guided by that emotion. When you couple Will and Knowledge and Love, then you have a balanced individual whose Will is being used in a creative, constructive way, not in the way of destruction.

Let us take a look at the things that adversely affect the Power of Allah (God) within man. From the time that the baby comes into the world, we see a demonstration of Will. Mother is not teaching the child from “day one,” yet the child accomplishes much in that first year of life. From what? From the Will.

The teaching comes from within. What does that tell us? That there is a power within every human being that can teach and direct. That power is connected to its Source. It can be a Source of comfort, guidance, protection and deliverance for every human being.