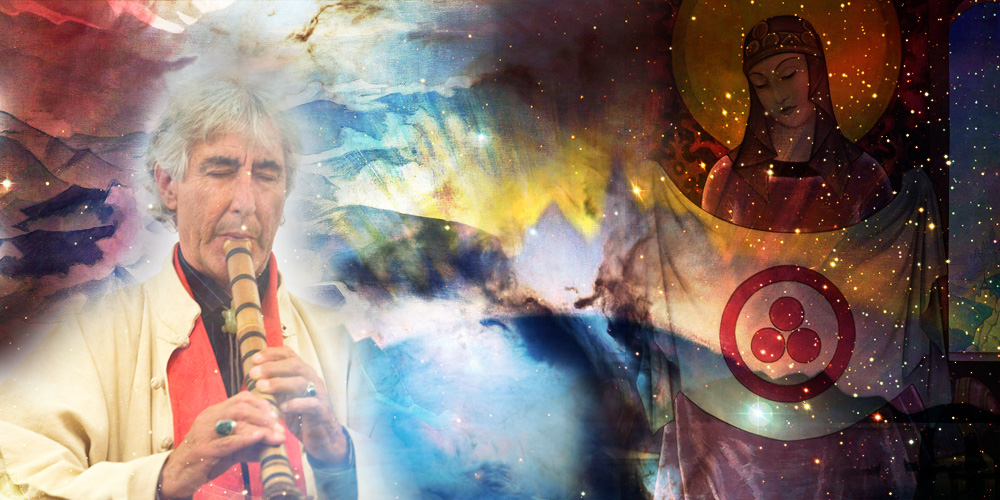 The Venus transit of Crystal Moon 10 occurs on Blue Electric Monkey. This is a Pacal Votan Clear Sign, the first on the Western edge of the tomb lid. And it is a Galactic Activation Portal as well. This is the celestial signal that the Great Transformation of the Closing of the Cycle has now begun.

At the time of the Venus transit in your local area we suggest you gather in circle to meditate on world unity and lasting peace, the triumph of the harmony of the New Time. It is good to then visualize the circumpolar rainbow bridge (click here to learn the Rainbow Bridge Meditation), and send from your hearts rays of light to the places of war and conflict on our planet: Iraq, Palestine, Afghanistan, Sudan, Congo, Somalia, Colombia, Nepal, Laos, Phillipines, Chechnya – among others. Think that there are now sixteen wars going on, every minute two people are killed in conflict, 2,880 per day, 80,640 per Moon. For this reason we must exert in our meditation and compassion in our efforts to extend the calendar of the new time to the whole world. Make sure there are banners of peace, earth flags and rainbow flags visible at your events. (we have files available for the Banner of Peace, Banner of the Galactic Shield, and the Rainbow Nation Flag that you can give to your local printer. If you would like us to send you the files, please email us at info@lawoftime.org) ~ Foundation for the Law of Time-Planet Art Network

More information on the Venus Transit

… The winds of change are upon us. Lightworkers and bringers of the New Dawn, we have a great task to perform in maintaining a vibrational balance during this time of momentous change. As more light pours into the planet, it unmasks and reveals anything that is not in alignment with the greater plan. And so whatever is corrupt is being exposed. Likewise whatever within us needs transforming, it is also being pushed to the surface. For this reason, many people especially lightworkers are finding themselves in the midst of emotional turmoil brought about by karmic cleansing and the great evolution that is now taking place. It is a time that is demanding change on every level.

We are preparing for what is considered by many to be the greatest astronomical event of the year – the Transit of Venus on Crystal Moon 10 (Gregorian 6/8/2004). The last time there was a Venus transit was December 1882 … Let us prepare well for this extraordinary event by being more aware during the days to come and attuning ourselves to the energies of transformation that are aligning themselves.

By Kiara Windrider and The Global Oneness Foundation

The darkest hours of night come just before the dawning of a new day. There is no question that Earth faces a tremendous crisis today, a painful “dark night of the soul”, even the possibility of catastrophic obliteration. Yet, according to the prophecies and calendars of many ancient traditions, this Age also represents a time of hope. We are moving into a time of evolutionary renewal, a time of global purification, even what some refer to as the dawning of a Golden Age! …

… In his studies of the Mayan calendar, Dr. Carl Johan Calleman points to a key event taking place now which might well serve to initiate this extraordinary opening to planetary light.

The planet Venus is rich in archetypal symbolism. It is often known as the Morning Star, the Bringer of Light. It is related to love, human unity, beauty, and oneness. On June 8, 2004, the path of Venus directly crosses over the disc of the Sun, an eclipse lasting for the space of seven hours. The energies of Sun and Venus blend together, and as these blended radiations make their way into the Earth’s electromagnetic fields, it weaves the energies of love and unity into the mass consciousness of the planet, and potentially into the hearts of every man, woman, and child alive on Earth!

Interestingly, Venus transits always come in pairs. The second passage of Venus across the Sun’s disc takes place on June 6, 2012. The eight-year period in between represents a “doorway” through which Unity consciousness will come to dominate the mass consciousness of the Earth … there are few humans alive today who have experienced this transit, yet it can be seen that every time this transit has taken place in human history, it has represented a new level of harmonization on the planet. It is interesting to note that the Taj Mahal, one of the greatest monuments to Love in human history, was built during the Venus Transit of 1631-1639 AD!

The transition … could be turbulent. As old structures of human consciousness collapse, it may be accompanied by a degree of darkness and destruction. This process should be seen in proper perspective. “When the light hits”, as José Argüelles, puts it, “the dark gets tough”! This current “doorway of Venus” is especially significant because it remains open until 2012 AD, the completion of our current cycle of human evolution. Some refer to this date as the end of linear time, or as the end of a period of human consciousness conditioned by separation and duality. The Mayans refer to this time as the Return of Quetzalcoatl, the Plumed Serpent, and look to this eight-year doorway as the timeframe within which the mass enlightenment of humanity will take place.

We are calling people all over the world to observe the days leading up to this Venus Transit, June 6-8, as a time for opening to the bright impulse of cosmic energy that is streaming into the mass consciousness of Humanity.

What are our highest dreams and hopes?
What is our greatest potential as divinely inspired humans?
What can we create together as we step into the “doorway” to the Golden Age?

June 6-8 is being promoted worldwide as the Global Oneness Celebration. Let us come together during this time in gatherings and prayers throughout the world to celebrate love and beauty, light and unity. Let us translate these energies into art, economics, culture, politics, education and ecology. Let us pray, each in our own way, for peace, healing, beauty, and global oneness! We will continue building the momentum on this same day for the next eight years until June 6, 2012.