This is also written in The Holy Qur’an but it’s written differently, in English but it produces the same insight, and it also produces insight deeper, by degrees.

How do we see this? What is the best way to see this—especially in this time? Does this involve envy? Does it have one fact, or truth, that is opposite to it? Why not?

Does this involve other wicked emotions, like envy? Why not?

Are there other emotions, other than envy, that have opposites to them? What produces these opposites of them, both evil and good? 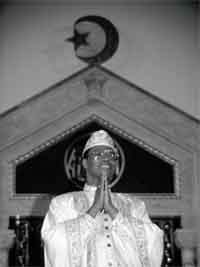 This is January 9th 2011. I’m mentioning this, as this is part of my effort to back up the Honorable Minister Louis Farrakhan and help others who read my articles and are benefited by them. I’m planning on writing faster, all of my articles before leaving Phoenix for our Saviours’ Day convention.

This series started February 2010. Allah willing, in a few days, we will be in, Chicago, to see, hear and study Minister Farrakhan’s Saviours’ Day address on February 27, 2011.

I’m in the process of explaining what I just wrote.

My effort started just before and after Minister Farrakhan stood up, in 1977, up to this time. I’ve tried to help others to see into him, understand him, why and how he did what he did before and after the Nation fell. I’ve made it very plain, over the years.

In my last article I ended with these words:

“In short, the truth of Minister Farrakhan, his teacher, and his teacher’s Teacher and the followers and the entire scope of the teachings are at the very top of America’s secrets.

“Revolving around the Honorable Elijah Muhammad, were two forces, one good for him, the other evil against him—both secretly at work—not long before, during the night he was in Mercy Hospital and right after it was announced that he was dead.

“Let us again go back to 1975; to the hospital in which it was said that the Honorable Elijah Muhammad had passed away. Let’s do so, first, through the eyes of one of the sons of the Honorable Minister Louis Farrakhan, Joshua Farrakhan, who was interviewed for this book in the spring of 1994.”

I do not know who is reading this article, read the interviews with Joshua Farrakhan I did in 1994 that I placed in this column. He was in the hospital, in 1975, when the doctors pronounced the Honorable Elijah Muhammad dead.

I want the reader to see the whole situation “in context.” The word “context” means “background, circumstance, situation, etc.” I’m not going deeper in this profound event now. This involves the “end of time and the next time.”

We all know that others could and do change the meaning of others who write or speak, without permission. That involves lies to cause others to follow their thinking.

Why did God put Aaron in the position He did in relation to Moses? I asked this question several times over the years. Why?

In this book, The Secret Relationship Between Blacks and Jews volume II, by the Nation of Islam, we read on the first page, the last paragraph, A Note on Source, Footnotes, and Notation: “And finally, the subject at hand should be approached with great sensitivity. Those who would use this material as a basis for the violation of the human rights of another are abusing the knowledge herein. The wise will view this information as an opportunity to develop a more equitable relationship between the families of God.”

He then went on to say, “Don’t be so quick to eat the whole book, take it by degrees. Study is a sacred duty, but not to hurt you. Be patient in your growth and development. The struggle is not those to the swift, but those who endure to the end.”

Later, in that same address he said these words, “Prayer can help only if done in the right manner. Prayer is useless if you don’t understand what is being said.”

“Motive will determine the degree of the power of the spirit to aid in what you do.”

From Closing the Gap page 278 Minister Farrakhan said these words regarding “Lead Minister.”

Brother Jabril: Brother Minister, I have two questions that bear on what sits up under the Millions More Movement. The Honorable Elijah Muhammad referred to you as his lead Minister. First, what do you think he meant by “lead.”

Minister Farrakhan: Well I can’t say what was in his mind when he said that. I would have to ask him, but he did call me like a lead wire. I looked that up.

A “lead wire” is, I think, a wire that’s connected to a generator. The lead wire breaks the current down so that other things will not be overwhelmed by surges of energy that they cannot handle.

I would assume that a lead minister is one who would forge the way for others. As the Minister is under the direct control of Master Fard Muhammad and His Messiah (the Honorable Elijah Muhammad), as They feed me, then the energy is transmitted, broken down in such a way that other ministers can get the energy from that generating source broken down through the lead minister or the lead wire.” (Please read the whole of his answer.)

In Mother Tynnetta Muhammad’s DVD titled, The Tenth System: THE BRAIN, on the cover of the DVD read: “On August 28, 2003, Mother Tynnetta Muhammad gave an educational presentation at Mosque Maryam in Chicago, Illinois, based on The Supreme Wisdom Lessons, as a Curriculum Guide to Higher Learning in the Arts and Sciences of an Advanced Civilization. She proposed that our Lessons contain all the coded information that corresponds to the tenth system of the body, The Brain, which connects us to the Nine Commissions implemented by the Honorable Minister Louis Farrakhan for National and Community Development.”

I intend to make comments on this, next article Allah willing, that bears witness to Minister Farrakhan’s position, plus and why Allah chose him before the Honorable Elijah Muhammad departed in 1975.

Now, three years ago in January 2008, I saw on television a program about the planets. It caused me to think back when I was about 8 years old. I was fascinated about the universe, but especially the planets.

I continued to study the planets, but not deeper, before I came into the Nation of Islam.

Over time, I also saw their figure come closer and closer to the Problem Book’s figures.

In the same year (2008) I saw both Minister Farrakhan and Mother Tynnetta referred to the Problem Book regarding the planets. At the end of that year (December) I saw their (this world’s scientists) argument about Pluto. All of them say that Pluto figure is very tiny. The scientists of this world’s figures of Pluto in January were tiny. In December it was the same.

A few days ago, in Tucson, Arizona Congresswoman Gabrielle Giffords and others were shot. I saw this as a very significant event. I studied it over the radio and TV and I read.

I thought of Minister Farrakhan because some people hate him for 100% unjustifiable reasons and others, for the same wicked reasons.

Master Fard Muhammad and the Honorable Elijah Muhammad see all of this.