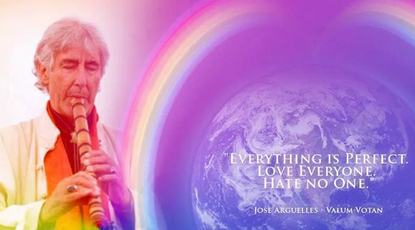 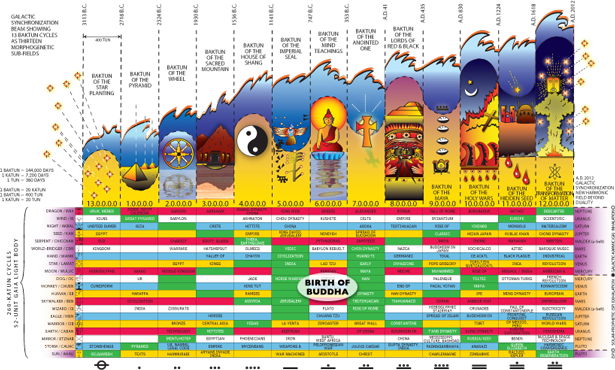 Today the followers of the teachings of Lord Buddha are scattered far from India. The most visible and well-known of the followers of the buddhadharma are those known as the Tibetans. Tibetan Buddhism now has no home, and is a Buddhism in exile. In Japan, a nominally Buddhist country, Buddhist monks bless cars and take care of funerals.

The buddhadharma was brought to the West by many teachers over the last two generations, and in America the Dharma flourishes, but how deeply does it affect the stream of samsara? Buddhism suits the relativism of the modern secular West and gives it a hip elegance. A magazine, the Shambhala Sun, presents the Dharma amidst pages of ads, almost as if it were a marketing scheme. But what about the real problems of the contemporary world?

Thich Nhat Hanh, a Southeast Asian Buddhist, teaches the way of non-violence, more as an attitude than a method of action, but which in today’s world is a necessary voice. And a form of environmental awareness, deep ecology, also owes much to Buddhism.

But the fact of the matter is that because Buddhism developed as the first of the three cosmopolitan religions (followed by Christianity and finally Islam) Buddhism is more often characterized by an amoral indifference and apathetic attitude toward the actual  current of world events.

The long isolationism of Buddhism in Tibet is a manifestation of the phenomenon of seeming to be aloof from world affairs. And while Buddhism has had some effect upon and interaction with Christianity, largely due to the monastic traditions of both of these religions, apart from comparisons with Sufism, Buddhism has had little to say about or had little if any effect upon or mutual interaction with the world religion of Islam. (By the time Islam had reached India, Buddhism had all but retreated from the sub-continent. Nalanda University, however, was destroyed by the Muslims who mistook it for a fort, and the Kalachakra cycle takes its beginning in AD 1027 from the Muslim conquest.)

Muhammad the Prophet is separated in time from Lord Buddha by a cycle of 1,140 years, being born 570 years after Christ, as Buddha was born 570 years before. By the Law of Unity upheld and promulgated by the Holy Qur’an, the sacred text of Islam, Buddha could not have taught one thing and Muhammad another.

According to the Qur’an, “We make no distinction between the messengers.” Most certainly Lord Buddha was a messenger whose teachings were meant to save people from the affliction of wrong views.

While the methods of perceiving the nature of the mind have since characterized virtually all forms of Buddhism, Buddhism lacks a criterion for gauging its role in world history and planetary affairs.

Fortunately the work of the late Rashad Khalifa, demonstrating that the Qur’an is actually a mathematical miracle woven together by a set of letters whose common denominator is the number nineteen, has now confirmed the indisputability of the Qur’an as an unparalleled text, the pure “word of God.”

Today the world is in an unprecedented cycle of global chaos and conflict. The Law of Time makes it clear, that this cycle of chaos and conflict culminating as a 260-year cycle of transformation, is a world problem to which all humans without exception have been and continue to be subjected.

The root of this world problem is the creation of a false and artificial timing frequency which drives human life as if humans were also machines. This is to the worldly profit of a few, but to the detriment of the many, and, regardless of profit, the false 12:60 timing frequency (twelve-month Gregorian calendar and 60-minute hour), has set the planet on a course of ultimate self-destruction.

Thus far the good will of a few people here and there have made the sole difference between utter chaos and total destruction. At the center of the storm of current world affairs is the beleaguered religion of Islam, whose holy text has been one of the least studied and understood outside of Islam. At the same time, a world solution has been posed in the form of the Thirteen Moon Calendar Change Peace Plan and Movement.

The question must be raised: can the human race be spiritually redeemed and how? The premise of the Thirteen Moon Calendar Change is that by unifying and accepting a new standard of daily time reckoning that is in accord with the hitherto unknown Law of Time, that the human race can place itself again in harmony with the cycles of nature and avoid the certain destruction that will come by continuing to follow an erroneous but materialistically glamorous error in time.

When the Tibetans came out of Tibet they walked into a world as different from the world they knew as night is from day. Like indigenous peoples everywhere they were confronted with certain phenomena which they accepted with little question: wrist watches, automobiles, and, in general, a world living by Gregorian Calendar time. Deep ecology speaks of the web of life. Certainly this web is not furthered by new automobiles and increasing consumption of natural resources. Yet virtually all Buddhists who accept the deep ecology attitude feel helpless at changing the course of world events. The web of life can only be furthered by enlightened humans living consciously in natural time.

It is time that Buddhists realized they have yet another choice to make, and that is the opportunity to choose to live according to a harmonic standard of natural time, the Thirteen Moon Calendar. It is a choice, like choosing to stay conscious with your next inhalation as you sit in zazen.

Live by the Thirteen Moon Calendar and throw away your watch. Then see how deep your ecology is! Time is of the mind. Change your time and you will most certainly change your mind. If the purpose of Mahayana Buddhism is the cultivation of bodhicitta, the enlightened mind of compassion, then take a good look at the world and get radical. Religion isn’t meant to make you a cozy nest. What about those Muslims? Don’t you have something in common with them, too?

Long ago I looked at the world and saw that it is One. But the people are divided into many different sects, mindlessly spurred on by the three lords of materialism – materialism of body, materialism of speech, and materialism of mind. When the Wall Street Journal can take a half a page of the New York Times to depict a young Tibetan Lama in order to advertise a daily subscription to itself as the “path to eternal wisdom,” then truly the world is in disorder!

As I contemplated the contradiction of the unity of the world and the disunity of Man, I wondered what is the greatest Bodhisattva act I could perform for the salvation of all beings? The ignorance of the world currents of history, the distortion of beliefs and the institutionalization of many wrong beliefs, not the least of them being beliefs about time, make the world a seemingly impossible puzzle to comprehend. If the extremes of the world were represented by the different spiritual systems in contradiction to the principle of human spiritual unity taught by these same traditions, then how could the religion of Muhammad and the religion of Lord Buddha be bound back into One?

In nineteenth century Tibet, the “Rime” movement was fostered to bring together the different schools of Tibetan Buddhism – Gelugpa, Nyingma, Kagyu and Sakya. One of the great scholars of this movement, Mipham Gyamtso (1846-1913) wrote two valuable scientific treatises on Kalachakra cosmology, and wrote extensively on the correlation between the complex mathematics of the Avatamsaka Sutra and the Abhidharmakosa. Mipham Gyamtso felt that it was man’s duty to “attempt continuously to understand the process not only of world creation, but of world maintenance. His view could be described as a type of cosmological mysticism…”  (The Golden Tradition, p.156).

In my endeavor to comprehend the Bodhisattva activity that would truly be world-embracing, I knew that I should truly understand the basis of Islam, the apparent root of so much world conflict. At the same time, having studied the histories of Buston and Taranatha, as well as a wealth of other histories of the world, I came to understand that the one objective historical criterion is the Ledger of History, the Mayan 260 Katun/Thirteen Baktun Cycle of 5,125 years, BC 3113-AD 2012.

First reproduced in my book,The Mayan Factor, Path Beyond Technology (1987), my endeavor to comprehend the mathematical basis of its exacting schematic formula led to the discovery of the Law of Time, formulated as the equation T(E) = Art (energy factored by time equals art).

The law and science of fourth-dimensional time is most certainly the new cosmic science which comprehends all of the currents of history as a simple equation. The dramatically simple but profoundly far-reaching mechanism of the Calendar Change is but the visible, pragmatic extension of the Law of Time into the immediate current of human affairs. Concurrently my reading of the Holy Qur’an [55 consecutive times until his passing in 2011] developed into a deep comprehension of the criterion which this often misunderstood holy text provides. With this criterion the curtain may be brought down on this phase of world history, and the basis of a planetary rime may be established.

The Planetary Rime is known as the UR Council. UR is the universal recollection (or universal religion) on Earth. The premise of UR as stated by the Qur’an is that originally we were all One people, but became divided only after knowledge was revealed. However, in the end we are all gathered back as One.

UR is the balance of the equation of history: UR at the beginning and UR at the end. UR is the index of spiritual unity attained by the world systems.

In conjunction with the Calendar Change which is a program for the disarmament of the world is also proposed: the establishment of neutral zones identified by the Roerich Banner of Peace for the deposit of guns and mechanized armaments of every kind. In exchange for the guns is the granting of immunity and a new time information kit.

Because the Tibetans are identified with a religion that is already non-violent, it is further proposed that the Tibetans be in charge of maintaining spiritual order of the Peace through Culture neutral zones. It should be remembered that the Banner of Peace was brought to the world by Nicholas Roerich in his famous pilgrimage through Central Asia and Tibet.

We sincerely invoke all Tibetan lamas, and all Buddhists everywhere to accept the responsibility of becoming Custodians of Peace, citizens of the Earth for whom the cause of spiritual unity, non-violence and a new time are the superior skillful means of establishing the whole Earth as the homeland of Peace. Then may Tibetans return to their native country, rejoicing with all beings!

May this statement be the auspicious beginning of a new dialogue among world Buddhists and Muslims, and all sincere seekers of truth!