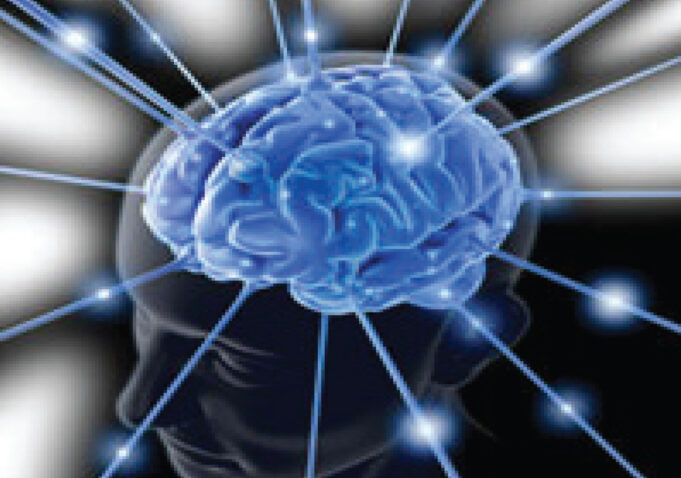 “And certainly We sent Moses with Our signs and a clear authority.  To Pharaoh and his chiefs, but they followed the bidding of Pharaoh; and Pharaoh’s bidding was not right-directing.  He will lead his people on the day of Resurrection, and bring them down to the Fire. And evil the place to which they are brought!”–Holy Qur’an, Surah 11, verses 96-98

The brain is a mathematically precise instrument that records all of our life experiences tracing back to trillions and trillions of years into the distant past and projects information and imagery into an unending future time.  Scientists have told us that modern man uses less than 10 percent of our brain power to think and to solve our everyday problems.  The Honorable Elijah Muhammad has taught us that the brain was created to think right, to which I might add, and is mathematically precise in all of its functions to remember and record all things.  Through the precision of mathematics and its proper application, we can tune into the thinking of others, when necessary, and thus prescribe the circle of our activity.  Everything in life is structured or based upon the principles of mathematics (Islam) and can be proven in no limit of time.  Tantamount to the function of the brain is the mind from which creation originates.

According to our Nation’s Supreme Wisdom writings of Lessons that is required for all enrolled students or new converts, we are given rules and regulations to guide us through life.  We read in Lesson No. 2, Question & Answer 1 the following words:  “The Nation of Islam is all-wise and does everything right and exact.”  What is the language that is prescribed in the above Lesson?  It is the language of mathematics combined with the proper use of words and letters forming thoughts from which our histories are written and recorded.  Measurements taken from our earth’s circumference, which is 25,000 miles is used by our wise scientists of the East (Black Man) to record our histories or Koran to equal our home circumference.  These repetitive cycles are renewed in intervals until today.  The Honorable Elijah Muhammad introduced to us the perimeters of a New World of thought that would bring an end to this present cycle of 25,000-year intervals to write our history.

A new, advanced technology is being revealed that will take its place from the mind of God, Himself.  He teaches us that we are being prepared to take on a new growth and a complete change in the order of things on earth and in our universe.  A new book or revelation is soon to be revealed by God, Himself, in establishing a new heaven and a new earth, and the former things will pass away.  These truths coming from God, Himself, is being revealed to a people who were classified as being no people at all starting in Black Bottom Detroit, Michigan, in the 1930s by Master W. F. Muhammad, the Great Mahdi.  What was his objective and why did he care for a people who were unwanted, despised and rejected by the entire world of humanity and appeared to be literally slain from the foundation of the world?

We have it written in our Supreme Wisdom Lesson No. 2, Question and Answer 38—“…That HE could make a Devil, which is weak and wicked, and give the Devil power to rule the Earth for six thousand years and, then, destroy the Devil in one day without falling a victim to the Devil’s Civilization.  Otherwise to show and prove that ALLAH is the God—always has been and always will be.”  Herein, might be the understanding that the Devil has only six ounces of brain power (6,000 years to rule), while the Original Man exceeds this number by seven and a half ounces of brain power (coming into the 7,000th Millennium reign) following Satan’s rule and dominion.

“This is an account of the towns which We relate to thee.  Of them are some that stand and (others) mown down.  And We wronged them not but they wronged themselves.  And their gods whom they called upon besides Allah availed them naught when the decree of thy Lord came to pass.  And they added to them naught but ruin. And such is the punishment of thy Lord, when he punishes the towns while they are iniquitous. Surely His punishment is painful, severe.”–Holy Qur’an, Surah 11, verses 100-102