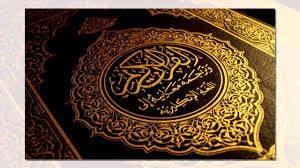 The Power of Mantras and its relation to the Holy Quran .

By Gary Mahatmas Muhammad and the Mystic Masters Ashram

Many among the followers of the 2nd Messiah in our midst the Honorable Minister Louis Farrakhan have overlooked a powerful exoteric secret . ( exoteric means outer, in this case a secret that was placed in “PLAIN SIGHT”) The secret on how to make the Holy Quran your 1st thought and clothing thyself in the garments (wisdom) of our Allah- the Source of Creation.

In the Holy Quran (Yusef Ali version ), I would like take you to Surah 73. The Enfolded One. Which openly hints that there is something within this Surah that will allow the reader to become enfolded in the way of the knowledge & wisdom of Allah . The Open Secret, the process, by which one becomes enfolded is placed in verse 4 ( which numerically means foundation,which again hints to how we can fortify the foundation of Allah in our person ).

73. Al Muzzammil (The Enfolded One)

1. O thou folded in garments!
2. Stand (to prayer) by night, but not all night
3. Half of it,- or a little less,
4. Or a little more; and recite the Qur´an in slow,
measured rhythmic tones.

As we can see were are asked to recite the Holy Qur’an in a slow rhythmic measured tone . This slow , rhythmic, measured, tone in the Mystic Masters Ashram is known as mantras. A Mantra is words of power that invokes (stirs or induces) unnoticed,or unseen divine energy within the aspiring student, from his most dense body to his highest energetic sheath, helping them to transmute old unwanted energy, thoughts, and thought-forms. It also helps to override in the dense body unwanted genetically encoded information that has been placed in the crystal matrices of the DNA from previous generations of your family blood line.
The Holy Quran in its entirety is a musical and spiritual mantra for the reformulation for the Human DNA and Consciousness.

Similar guidance is also offered in other religious text or sacred books in the east. You’ll notice a similitude also being given in the Holy Veedas, on the powerful benefits of a mantra when expressed through the breath of Man to dispel demons ( bad vibration, people and thought forms)

Then they said to the vital breath in the mouth: Chant the Udgitha for us. So be it, said the vital breath and chanted for them. The demons knew that through this chanter the gods would overcome them. They charged at it, intending to pierce it with evil. But as a clod of earth, hitting a stone, is scattered, even so they were scattered in all directions, crushed, and completely destroyed. Thereupon the gods became established in their true selves and the demons perished. He who knows this becomes his true self, and his spiteful kinsman perishes.

We should never underestimate the power in reciting the Holy Quran in slow rhythmic tones !