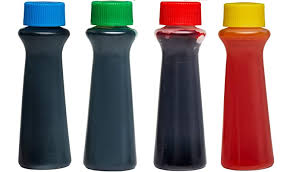 Master Fard Muhammad told me 1 day that he didnt care for me consuming foods that contained food coloring. He said these coloring agents are nothing but cancer causing chemicals. Whenever I would travel to the store just to spy some candy that I considered the lesser of 2 evils he would point out to me the coloring agents in the candy and the need for me to wean myself off such foods because it would ultimately lead to living a sickly life. Master Fard Muhammad would talk to me as I would walk the isle encouraging me to eat the lesser of 2 evils for example he would guide me away from hard candies like “RUNTS” or Sour Patches (non glycerin) to candy like Rasinets which were the lesser of 2 evils but in truth not of the best for what He and Elijah Muhammad was building me up for. Master Fard Muhammad would tell me that he would train my wife to make all of the things I loved from scratch himself. He taught my wife how to make bread from the very recipe his mother used when making bread for him when he was a little boy amongst other things.

I thank Master Fard Muhammad, Elijah Muhammad and Louis Farrakhan for showing me the love that I have always desired in the way of guidance to help me enjoy the hereafter NOW while I live.