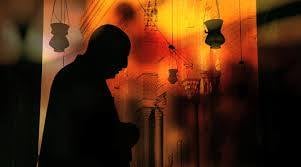 The Mystical Phenomenon that happens when we perform prayer like we are asked.
My experience

Time around 5:30am (Central standard time)

MY topic is prayer….

I heard for the 2nd time in my life the Angels giving the Phrase Allah U Akbar in a melodious tone (call) upon completing my 2nd Raka for my Fajr Prayer…..

The Melodious tone came through very faint at 1st and then it increased in volume as the call went on…….

When I heard the call…..I got instantly quite and focused my ear on the singing to ensure that I was hearing what I was hearing and to remember what I was hearing to share it with the rest of you.
This was the 2nd time in my life where I heard the Angels giving the call or saying that Allah was the greatest…The 1st time I heard it is when they transported me in person into 1 of the Chambers in Egypt where a class was being held to demonstrate the correct manner and procedure for this powerful connection and salutation to Allah…..The Brother whom performed the Prayer whom I saw was no more than around 5 ft tall but dark as myself. He stood upon the table and produced the most Angelic Sound that I have ever heard come out of the mouth of a Man….The way he gave the Call of the Adahn was so powerful and Divine that I knew upon hearing it that his VOCAL CORDS and VOICE BOX was not of the ordinary type..The current people of this world haven’t developed that aspect of their bodies to produce such a sound….

After he was done in that particular experience I was transported back to my room …NEVER FORGETTING WHAT
I HAD HEARD AND SAW….

Chela of Master Fard Muhammad ,the Most Honorable Elijah

Muhammad and the Honorable Louis Farrakhan