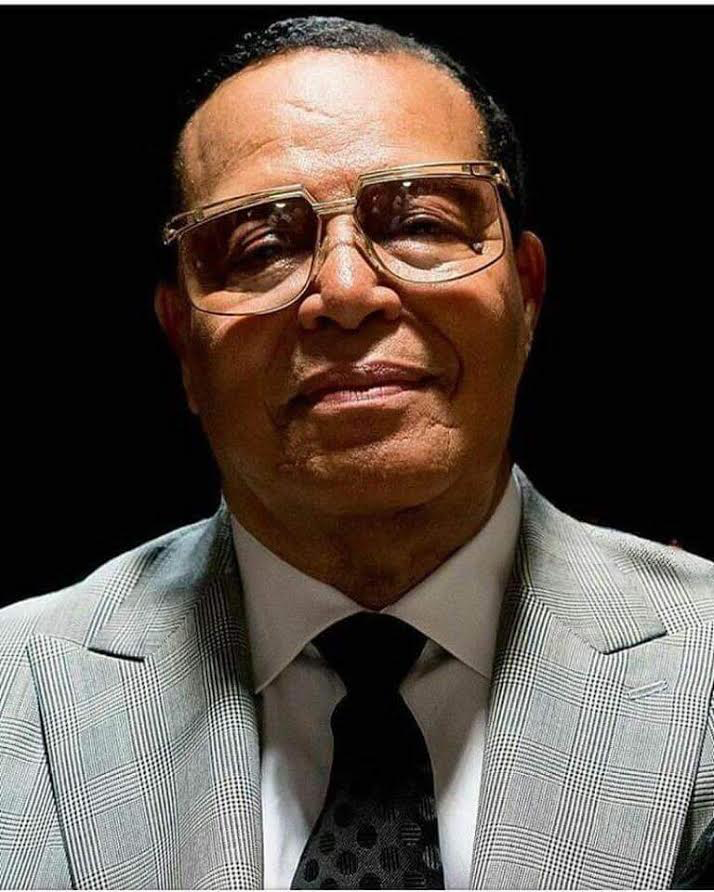 [Editor’s Note: The following text is excerpted from a message delivered by
Minister Louis Farrakhan on March 11, 2001 at Mosque Maryam in Chicago]

Life and how we use it is exceedingly important.
Solomon, the prophet, said, to know God and to find
God in your youth is a blessing. When you know God as a young person and live your life in obedience to God as a young man or a young woman, you have put your life in order and the blessings of life will come to you no matter how long or how short your life span is. The Honorable Elijah Muhammad said it takes about 75 years to learn how to live, but most of us never get to that point.

The reason it takes time is because most of us have our own thoughts about how life should be lived. We don’t consult the Giver of Life, the Creator of Life. And if we consult Him, the way He wants us to live is a little bit much, so we say, “I’ll do it my way.” And that’s why we don’t make it to 75. By the time we are in our 50s or 60s, we’ve lost our teeth and our hair. Some of us begin even to experience senility. Both the Qur’an and the Bible teach us that in the day when Allah is manifest, He comes to give us life and to give it more abundantly. This means that if you don’t know how to live in accord with the nature of your own life, then everyday that you live is death. But if you know how to live, if you know how to eat to live, if you know how to think on that which is life, then you can preserve the gift of life that God gives us.

Isaiah the prophet says that in that day a baby shall die at 100. But those that are of God, they will be like the planting of God, the trees of righteousness. You have trees that live 1,000 years. You have turtles that are 300- and 400-years-old. And you are the best of God’s creation with the best form of all of His creatures, yet we find it difficult to get to 70, 80, 90, and 100 without losing the vitality of life itself. So there is something that we need to know; there is something that we are missing. And that is what I want to talk to you about today.

Life is in understanding the word of God. Power is in understanding the word of God. One can be used as an instrument of revelation, and revelation contains the highest form of electrical energy. You are an electrical being; all of this [human body] functions because of electricity. You can be physically alive because there is electrical current in your body. But you are not really alive until you are alive on the mental and spiritual plane. You cannot be alive on the mental plane without knowledge that gives you the ability to deal with your life’s circumstances. You cannot be alive on the spiritual plane until you have the most profound of all knowledge, which is the knowledge of God and the knowledge of self. And the true knowledge of God and self gives you the highest form of electrical energy that literally turns your mind on so much so that your skin lights up and people see the mark of life in your face because of the way that you think, because the electrical energy of revelation has opened you up.

Man has not fully discovered his own potential. It is revelation from God that opens man up to grow. And when I say man, there is no man without woman. So revelation opens us up for growth, for development on the mental and spiritual level which manifests itself on the physical level.

Isaiah the prophet says, “The spirit of the Lord God is upon me; because the Lord hath anointed me to preach good tidings unto the meek.” There are many eloquent people in the world, but eloquence cannot give life. It is wonderful to be able to express yourself, but the spirit of God comes from our belief in and observance of Divine Truth. When Isaiah says, “the spirit of the Lord is upon me … to preach good tidings to the meek … to proclaim liberty to the captives, and the opening of the prison to them that are bound,” this is the Messianic Work that must be done in this day and time. People are not free, so liberty not only has to be proclaimed, it must be experienced. Somebody once sang a song, “Oh, I wished that I knew what it means to be free.” To be a slave all your life—your fathers and grandfathers and great grandfathers as chattel slaves and you as a free slave, still bound to the same people that your great grandfather was bound to and you don’t know how to escape their power—you are a captive, brothers and sisters, of an alien idea; alien to the nature in which you are created. You are not only bound to your former slavemasters and their children, but you are bound in a prison of ignorance.

Many of us have great degrees from colleges and universities, and it seems somewhat insulting that someone would say that we are steeped in ignorance. But everybody is ignorant of something. That’s why everybody could teach you something if you are humble enough to learn. But there is a certain kind of ignorance that allows you to be a tool and a slave. The Bible says, “My people are destroyed for the lack of knowledge.” You can have degrees, but it lacks that certain kind of knowledge that one must have in order to really be free. And that is the true knowledge of God and the true knowledge of yourself.

Isaiah asked the question, “Shall the prey be taken from the mighty, or the lawful captive delivered? But thus sayeth the Lord.” Listen to the strength of those words, “But thus sayeth the Lord.” And there is one thing God can’t do; He just can’t lie. He has the power to make His word bond. You can say what you’re going to do and can’t do it. But whatever God says, He will do. Trust it brother. Trust it sister. He will do it because there is nothing that can stop His will.

“Thus sayeth the Lord. ‘Even the captives of the mighty shall be taken away.’ ” This is a prophecy about you. As the Honorable Elijah Muhammad taught us, we are captives in the hand of our slave masters’ children. You think you are free, but they won’t let you go and they won’t give you justice. So you are just in their hands as a prey. “Even the captive of the mighty shall be taken away and the prey of the terrible shall be delivered.” The Caucasian has been terrible in his treatment of our fathers and of us, the children of our fathers. And that is not something that has changed. He is so skillful today that he doesn’t have to kill you now. He has your brother so silly that your brother will kill you. So he stands back, he kills a few and we take care of the rest. But he has many more skillful ways of killing people today.

The book says, God talking, “I will contend with him that contendeth with thee and I will save thy children. And I will feed them that oppress thee with their own flesh.” This means that you can look for another type of war that Europe will be involved in and white folk will start killing each other. This also means revolution in the streets of America. You can believe it or let it alone, but I’m not here to play with you and I’m not here to tickle your ears. If you live you will walk right into this that God has said through the mouths of His prophets.

America is the place where God will make His power known. He will let no foreign bombs drop on this nation. She has destroyed cities in Europe and Africa and Asia, but no power has destroyed one American city. This is a reserved place and a preserved area for the God of Power to make Himself known, because everybody on this earth fears America. All you have to do is travel outside of this country and see the terror that America brings to little nations in Africa and the Middle East and in Asia. Her power is awesome. Her reach is awesome. America says, like the Bible says, “I sit, a queen and am no widow, and shall see no sorrow.” Not so. America’s cities will come down under earthquakes, terrific storms, rain, hail and snow.

Then he says, “they shall be drunken with their own blood, as with sweet wine: and all flesh shall know that I the LORD am thy Saviour and thy Redeemer, the Mighty One of Jacob.” The book talks about the day of vengeance of our God. That’s really some kind of language, to use the possessive pronoun “our” God. We know that Allah is the Lord of the Worlds. But here is a prophecy of God fighting for a particular and peculiar people—the Lord of the Worlds, but a focus on a people that were no people at all.

Jesus says, “I thank Thee, Father in Heaven, for keeping these things from the wise and the prudent men and revealing them unto babes.” What do you mean, babes? God doesn’t waste time revealing heavy wisdom to little babies. So the baby is not a literal baby, but a baby here, or babe, is an innocent or inexperienced person. It’s talking about a people without the experience of a free people. They are considered babes. They are considered children because they have not matured mentally to take responsibility for themselves and their children and their future and their destiny. They keep begging their former slave masters to educate them, to give them a job, to build a home for them when they are capable of doing all of these things for themselves.

What is revelation? When you say something is being revealed, that means you can’t go to the library and get it because it’s not there. I don’t care how many books you have the command of; there is knowledge that is not in the library. We are living in a universe of plenty of knowledge. But when God chooses to reveal knowledge, it means He’s disclosing or opening up truth that has not yet been known in the world. If it has not yet been known in the world, then the people that run the world, the people that rule the world, don’t know this.

When God chooses an innocent, inexperienced babe-like people to give them revelation, He is giving you the scepter or rulership over those that once ruled over you.