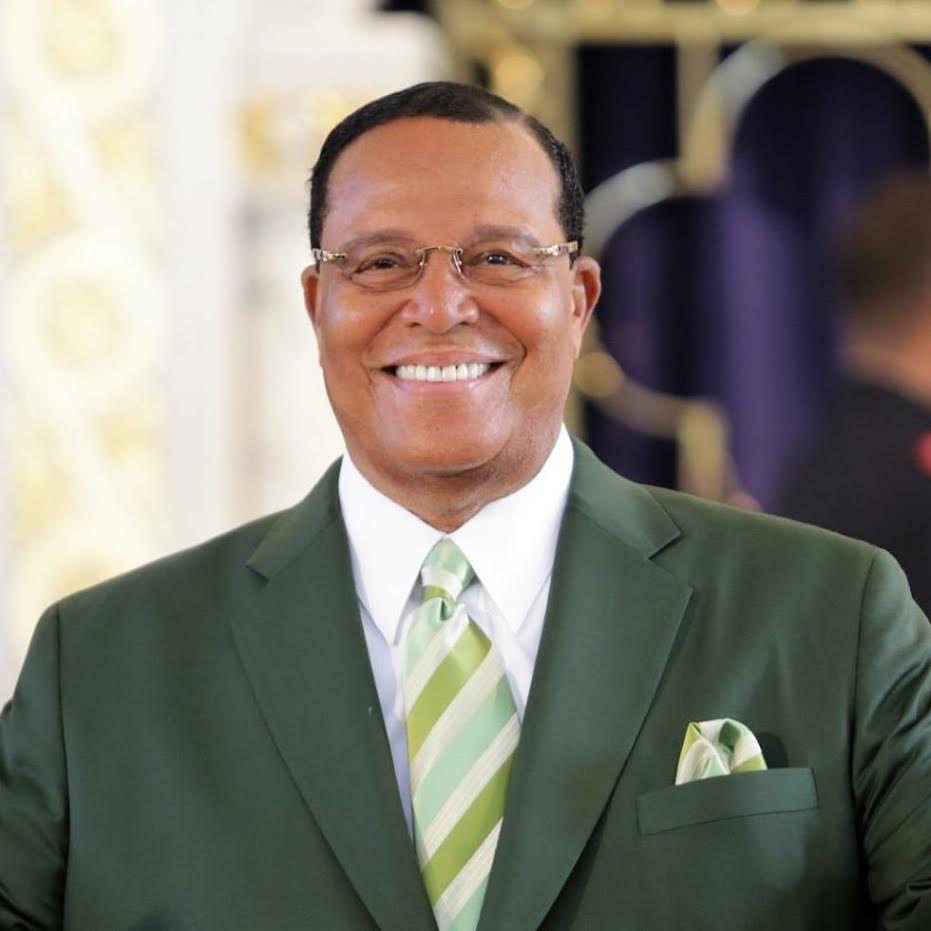 [Editor’s note: The following article is an edited excerpt of a discussion between Cliff Kelley and Minister Farrakhan at the V-103 Black Women’s Expo held in Chicago, Illinois on March 13, 2005 at McCormick Place Convention Center.]

Cliff Kelley (CK): One comment you make that I like is, notwithstanding who is elected, we cannot wait on a benevolent Caucasian in the White House to solve our problems. We can solve our problems, and to do that is through unity and a redefinition of morality.

The Honorable Minister Louis Farrakhan (HMLF): You would think that our problems need to be solved by the government. But every time the government allowed us to have a gain, after the suffering of our leaders and their followers, while we were celebrating the victory of the gain, the government was busy eroding that gain. So that 50 years after Brown v. the Board of Education, we are more segregated in schools now than we were then. We have more elected officials now than we have ever had. We have more mayors. We have more state representatives, more aldermen, more sheriffs. But the masses have not been empowered. The sad thing about this is that politics is valuable, but we must learn how it should be used, so that the little man can gain access to that which he hoped his vote would allow him or her to achieve. The fact that President George Bush has to review the Voting Rights Act is of concern. That right should have been universal, that those who were denied the right to vote would have that right and it would never have to be reviewed.

We have to make up our minds that we cannot depend on White people. We have to depend on ourselves. The question is, “Do we have what it takes among us to deliver us from our condition?” We have the brightest Black scholarship in the world here in America among us. When you think about the number of brilliant Black people that are at the top of every field of human endeavor, the problem is that we are not connected to the brilliant minds among our people. The moment they show brilliance, they are hired into corporate America where the masses of the people are not on their minds.

So what we have decided is that we must connect the learned Blacks in this country to the unlearned masses, so that the head will give direction to the feet and the hands, and we can become a people on the move.

Three quarters of a trillion dollars, they report, comes through the Black community. We are not poor. That money, when measured with other nations, would make us the 12th richest nation on the Earth. But we do not have any institutions that we build to satisfy our own needs. That is a travesty.

When Tavis Smiley asked various Blacks in leadership to come to Atlanta for his forum, “The State of the Black Union,” he wanted us to make a contract. He didn’t say outright that the contract would be with the government, like Newt Gingrich’s contract, but I thought a contract with White people is not wise, because their word means nothing.

But I have not seen a time when Blacks in leadership have been more responsive to a call to unite. Many of our great Black leaders—Elijah Muhammad for one and Kwame Ture, formerly known as Stokely Carmichael and, of course, Dr. Conrad Worrill— have called for a united front of Black leadership. We can call for it, but it has never happened. However, the time now is so ripe.

I wrote a vision statement for the Million Man MarchTM commemoration, and a group of Sisters in Washington reviewed it, added to it and sent it back to me. When I recently hosted 12 bishops from various denominations of Christianity in Phoenix, I read that vision statement for the tenth anniversary of the Million Man March. The bishops said, “Brother Farrakhan, I didn’t hear enough of you coming through that. It has too much fluff in it.” They said if we are going to impact the masses of our people, it has to be a very straight forward document with the kind of language that the masses want to hear. I knew they were right. I said to myself, “Look at this revolutionary spirit that is coming up in the church.” If the church awakens, it is over.

CK: I received a copy of an email written to Tavis, that read: “My Brother, I watch you every night and I think your heart is in the right place. I generally agree with your political position. You have a love for our people and our upliftment. However, I continue to be disappointed with the lack of action following the annual gathering of our Black leaders. What is the point if it is not followed up with an action agenda and plan? A friend of mine, Ken Bridges (founder of the MATAH network), once said that “rapping and clapping and feel-good rhetoric will not raise the consciousness of our people; it will not get us to economic freedom.” Please, my Brother, help me to understand; also see my comments below; thank you for taking the time.”

We’re talking about the tenth anniversary of the Million Man March, which is going to be a tremendous event. You are the only one who can draw these people together. From the first Million Man March, there are still things going on as a direct result of your asking Black men to come forward and take the responsibility to go back to their communities and join a church, mosque, synagogue or an organization. You’re the only one who could have gotten all of those people to take a day off, come to D.C. and have all of that wonderful unity. You could feel it in the air.

Now, there are people who are asking to join who 10 years ago were actually not only saying, “I am not involved,” but saying, “Don’t you get involved either.” Now, these same people are joining. You have to bring all of these folks together. All of these wonderful folks are people that have different capacities, and realizing your capacity is important. That’s what I think the Million Man MarchTM tenth anniversary commemoration is going to be about.

HMLF: I am painfully aware of my mortality. I do not want to leave this earth and see our people in their current condition. I am deeply concerned that, unless we come together in a meaningful way, many of our people are going to die. If our generation opts out of a struggle and passes it on to our children and our grandchildren, we will deserve to be cursed by history not for what we have done, but for what we have failed to do.

I agree with this person who wrote that email. We are very eloquent, we are brilliant with words and certainly we have had many great leaders who could not have gotten us to do anything if they did not have the ability with words to move us. I was in Washington recently (to convene a planning meeting for the Million Man March), and we had Muslims, Christians, Hebrews, Nationalists, Socialists, academicians, political giants and thinkers in the room. Claude Anderson was there. Maulana Karenga, the father of Kwanzaa. Jim Brown, the greatest football player, who is now working to reform gangs and young people with his Amer-I-Can program. All of theses people were in one room. We were not there to massage each other’s egos.

But what I recognize is that these leaders have come painfully to the conclusion that no one leader or organization can solve the problems that we face. And this man will continue to write that kind of email as long as the NAACP is over there with their agenda; the Nation of Islam is over here with its agenda; the Black United Front and the Urban League and the Black church is there, here and everywhere doing our individual thing. Our thing is not good enough, because our people are dying because leaders are divided and filled with envy and jealousy over each other.

Once you see your leaders come together and make a covenant, and we are planning a public signing, then no leader should be allowed to sell out the aspirations of our people for personal advantage—except at a great price. You have to make your leaders accountable. Those of us who sell you out have to pay a price for that. We are at the point where we must unite.

We are not interested in a march. We are interested in mobilizing our people to take responsibility to change the realities of our suffering. This is not only going to be in the United States. This mobilization will take place in the Caribbean, Africa, the isles of the Pacific and in the United Kingdom. Wherever Black people are, the time is now to mobilize, organize and plan for our liberation.

CK: Minister Farrakhan, will you say a word before we leave?

HMLF: To all the Sisters, the Million Man March would not have been successful had it not been for the Sisters and the work that Sisters did behind the scenes to make that march what it was. This commemoration is not just men coming, it is our Sisters coming, as well. In the organizational structure of the Million Man March, Inc., which is now the commemorative march, women are right alongside men in every phase of the planning and execution, so that on October 14, 15 and 16, 2005 in Washington, D.C., we want the world to see a new people emerging: men, women and children. Men respecting women, honoring them as they should be respected and honored, and women respecting men and helping them to be what God created them to be. He cannot be it without your help.

There is no man who can be a man without the aid of a woman today to help him, because you have the power to tear us down with your mouth. You look for the weakness in your man, and if you hit him and keep hitting him, you run him out of the house to the lady down the street who is not concerned about his strength.

We have to rebuild family, rebuild a loving relationship between Black men and Black women, and we must keep our children safe from abuse. Brothers, no man should beat a woman. No man should strike a woman. If you feel that you have to beat a woman, you should leave, because if you are wise enough, you should be able to handle her with wisdom. You do not have to use your fists. But when you feel forced to do that, it is time to go. Why beat what you love or beat a second self of you? That is like going to the mirror and beating your face in the mirror, looking at your stupidity.

Don’t beat your wife. Be careful how you punish your children, because we are all under stress and frustration. Don’t take out your frustration on children who cannot defend themselves. Discipline them, but don’t kill them in trying to make them better.

So, we have until October, but we will be working, working, working. Keep your eyes and ears open for that covenant between the leaders. Those of us who sign that covenant will be signing it on behalf of ourselves for the good of our people. Then, we have to work to make our word our bond. And when we make our word our bond, then you know you can trust that kind of leadership. May Allah (God) bless us to come up out of our condition.