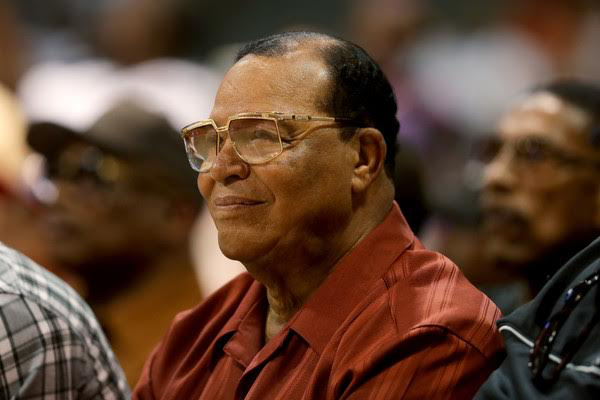 “And Allah’s is the unseen of the heavens and the earth. And the matter of the Hour is but as a twinkling of the eye or it is nigher still. Surely Allah is Possessor of power over all things. And Allah brought you forth from the wombs of your mothers—you knew nothing —and He gave you hearing and sight and hearts that you might give thanks.” –Holy Qur’an, Surah 16, verses 77 & 78

Everything we think or do is manifested in stages of time through the world of thought. Thus, Allah Originates the Divine Creation patterned on the material of the darkness of His own self creation revolving in an infinite circle of divine power and light. That which preceded thought may be likened to the timeless process of motion emanating from a single brain cell of thought. Then, God uttered the word “Be” and it was!

As it is in the embryonic stage of a baby revolving in its mother’s womb, it is sound that most affects its development. The ear or organ of hearing in an infant is clearly defined in approximately 24 days. Actually, we could say that our entire body is an organ of hearing, through which electric impulses or light refractions are being transmitted throughout over 75 percent of our body in its liquid or water material. As light takes eight minutes from the sun to strike our planet, it takes approximately eight minutes for our blood fl uid to make a complete circuit through our bodies. So, it is that water and fire furnishes us with the raw material by which we function as human beings in relationship to our earth and our universe.

I would like to relate this process to music and the science of sound that surrounds us in our environment of space. It is this environment that is quintessential in giving us the balance that nature provides in our biosphere that ensures our life support system on this planet and elsewhere in our universe.

Having been a part of an explosion of sound that was set off in the city of Detroit, Michigan on the evening of August 3, I have witnessed a continuation of our ongoing evolution in the Nation of Islam, under the Divine Guidance of Almighty God, Allah.

We, who were present to hear the new compositional work entitled “Who is Sylvia?” by composer Adolphus Hailstork, were greatly surprised and enlightened by the performance of the Honorable Minister Louis Farrakhan. He had not picked up a violin to practice since the debut of his concert performance of Beethoven’s Violin Concerto in Los Angeles, California in 2002.

He stunned listeners again by his exquisite and eloquent gift of music expressed on the violin, as well as his oratory and delivery of the Divine Word of God. He accompanied soprano Louise Toppin, and pianist Joseph Joubert.

This work was dedicated to the memory of Sylvia Olden Lee, who was internationally renowned as a pianist and vocal coach. She also served as the critical coach and advisor who encouraged the Honorable Minister Louis Farrakhan’s return to the concert stage.

As we have completed a seventy-year period since the Master’s departure in 1934, this performance quickened the pace for another period in the evolution and revival of the arts and sciences in Islam. This revolutionary renaissance could not have been staged so magnificently in timing as it was designed and took place in Detroit, where the Nation of Islam was fi rst founded by Master W. Fard Muhammad. His Presence produced the Divine Leadership of the Honorable Elijah Muhammad which was preparatory for the Divine Work of the Honorable Minister Louis Farrakhan, his greatest helper.

Are we standing on the threshold of a new cultural expression in the performing arts? Are we in the beginning stages of the flourishing of a new golden age in the arts and sciences of civilization? Are we being guided into a new world of thought and cultural refi nement under the baton of the Honorable Minister Louis Farrakhan? So “Be” and it is—A New Beginning.

“And when We change a message for a message— and Allah knows best what He reveals — they say: Thou art only a forger. Nay, most of them know not. Say: The Holy Spirit has revealed it from thy Lord with truth, that is may establish those who believe, and as a guidance and good news for those who submit.” –Holy Qur’an, Surah 16, verses 101 & 102