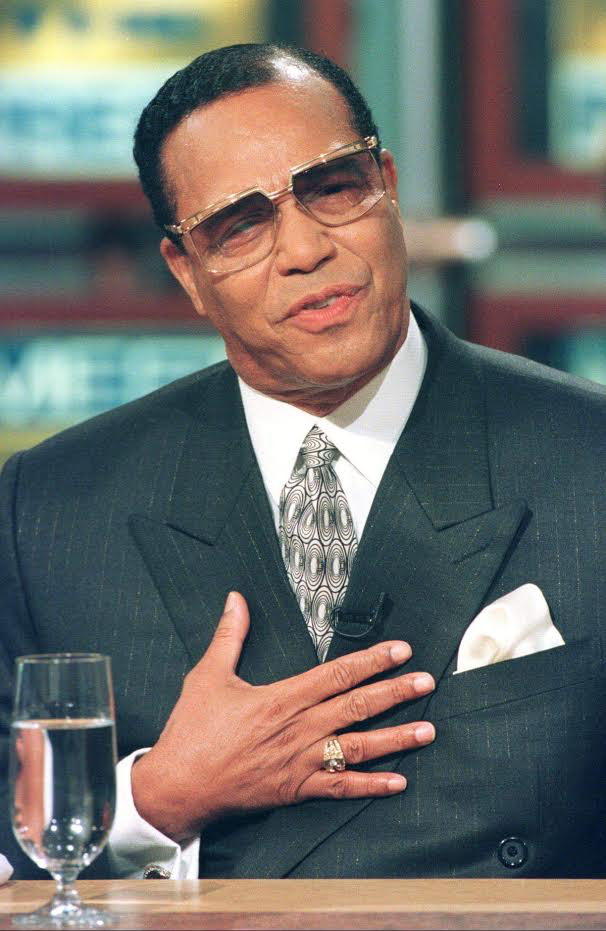 To this day, it is sickening and saddening that some of us are so mentally disturbed with a “plantation mentality,” where we have to await for a signal from somebody else to determine what is in our own best interest. This is the reason why there is trouble in our communities.

Our young people want examples to look to that will give them strength and counsel and guidance. But our young people do not find in their elders the guidance, the counsel or the example that they would like to follow; so they are given to the streets because we have not given them what they need.

Our children are being taken from the teacher, taken from the preacher, taken from the politicians. And, sad to say, but our children are being taken from their parents, because altogether parents, teacher, preacher and politician are dead, static and stagnant in the pursuit of knowledge—while the minds that we have produced are demanding more than we have the capability to give. As a result of this, they are looking for guidance not in the home, not in the church, not in the school, not from the political leaders, but from somewhere else. And therefore, we have lost touch with them, they have lost touch with us, and violence pervades our community.

Look in the ‘mirror of Truth’ for needed personal change

What went wrong? Oh we are not here to cast blame—but there is enough blame to go around. What we need are solutions to The Problem.

These young Black males that the Black nurses see coming into their hospitals shot up and wounded over nothing: There never was a generation like this one! We have never produced a generation so cold and brutal as the generation that represents “our future” and “our children.” Even during the worst times in slavery we were never as violent and vicious towards one another as we see happening today in our communities. Is that correct? The court system and the penal system marvel at the fact that children today are committing some of the most heinous crimes. Have you ever stopped to consider why?

What is the product? This is a product; and a product doesn’t just “pop up” from out of nowhere. The product is the result of a multiplier and a multiplicand.

It is so easy for us to scratch our heads and say, “I don’t know what’s going on.” But if we take a look at society and take a look at what is happening to us, we can see why our children are as they are, and why there is a need for drastic change not only in our children. But it must start with us.

Now, if Michael is bold enough to look at “the man in the mirror” and realize that nothing is going to happen unless the man that he’s looking at in the mirror makes some change, what about each one of us, brother and sister? We have to “look in the mirror.” And since sometimes the mirror is “cloudy,” and some of us didn’t like what we were looking at—and broke the mirror … I thought I would offer you a special mirror of Truth for us all; that we all might take a good look in that mirror and see what we have to do to strengthen the Black family and produce a strategy for reducing violence in the Black community.

The ‘multiplier’ and ‘multiplicand’: The system of violence that produced us

The word “violence” is a great word. You know, White people tell us it’s terrible that we should be violent. But we have had the most violent of teachers! Everything that White America glories in, violence is at the root of it.

Who made you like this? And why hasn’t school and home and church and civic organizations corrected the condition of slavery?

To this hour no institution has corrected the evil that violent White people have done to the Black masses. And every time we produce a leader who can correct the situation, that leader is attacked by the same violent people who put us in this condition. This is why we’ve lost every meaningful leader that we produced; not only on this side of the Atlantic, but every time Africa produced a strong leader, the violent forces of Europe and America destroyed that leadership.

Don’t be upset by what I am saying, brothers. Most of us are good men and good fathers; and if we’re not, we want to be. So I’m not condemning us, I’m condemning the system that produced us. And now, I want to introduce something that will correct that, because we all have the potential to do better.

It wasn’t a “peaceful march” that then-President George H. W. Bush heard. It was fire bombs and bullets that caused over a $1 billion in property damage, the loss of over 53 lives, and the fear that this would “take place in all the major cities of America.” This is what made the rich stop and say, “My God, we must do something!” But after it quieted down, they went back to business as usual.

We cannot depend on others to do for us what we must unite and do for ourselves.

My dear and beloved brothers and sisters, after slavery we tried to marry and make meaning of our marriages. The South produced strong families as sharecroppers and living on plantations. Because your grandmother and grandfather, your father and mother: They stayed together through thick-and-thin, trying to make a family, didn’t they? They worked from sun up to sun down, for very little pay to see that you got an education. Not for you to become a “White man in a Black body,” but for you to get the knowledge and come back and lift your people up!

Grandpa and Grandma picked cotton, raised tobacco, and couldn’t get a decent price at the market. Grandma and Grandpa in this area of Arkansas had hundreds and even thousands of acres of land to pass on to you—but either through our carelessness and slothfulness, we lost it all and now we are nearly landless. Where our Grandfather didn’t have a Ph.D., he knew that the land would produce independence for his children. But the children today have a Ph.D. and are looking to the same slave master’s children for a job.

And when the White man has no job for you, you walk around in hopelessness and despair because you were never taught how to make a job for yourself. While there are high-falutin’, Mercedes Benz, Audi and Cadillac-driving, Negroes; high-eating-off-the-hog Negroes; diamond-wearing, ostrich-shoe and Gucci bag-wearing Negroes, the children look at us and they want to know what have you done to make life better for them?

“Well, I, I’m an executive at the local factory. I’ve grown to be Vice President and son, this is a great honor.” And the son looks at the father, and says: “You don’t even own a share, Dad. You’ve been working 35 and 40 years for wages. You don’t even own where you live, Dad. Somebody else owns it and rents it out to you. Where’s my future, Dad? I joined the army because I can be all that I can never be anywhere else. And then they send me to keep peace in Somalia, between warlords—and my community can’t get it together! The gangs and warlords in the community are destroying the community, but I can go to Somalia and not to the ghetto? I can bring food to Somalia, but I can’t bring food to the starving and the homeless in the ghettos of America?”

The children are hurting and they did not make themselves.

I’d like to take you back about 40 or 50 years ago when the man was “the breadwinner.” “Well, Brother Farrakhan, this is a new day. Women are making their mark on society.” Yes, I know all of that, sister; and it’s good to be a lawyer, it’s good to be a doctor, it’s good to be a teacher. You can be any great thing that you wish to be, but the greatest calling is to be a good mother. The question is, “Which is more important? Which has priority in your life: To be a professional and go home to nothing, or to be a professional and make a home for yourself?”

Please hear me out: We don’t believe that a woman’s “place” is the home, but a woman’s base is the home; and if you have “no base,” you have “no place.” And what’s wrong in the world today is that you know how to do everything else but to make a “home.” Forty years ago, in every school where girls went to school, they had to take courses in homemaking. Why? Because it was imperative that a woman knows how to make a home, because that’s the base of community; home is the basis of nation.

Where is there a human life to nurture human life? And you wonder why the children have no feeling, no compassion. It’s so easy for them to cuss their mother, it’s so easy for them to strike down their own father, because there’s no bond between us and our children. Not because we wanted it that way, but because of “the architects of death.” Reverend: We don’t fight against flesh and blood, but against principalities and powers and the rulers of the darkness of this world and spiritual wickedness in high places. It is this that you can’t see, but they make decisions that affect our lives! And we, like sheep, are led the way we’re going; and the way we’re going is destructive to us and to our children and to our families. And this is why there’s hopelessness and despair and violence and blood running in the streets.