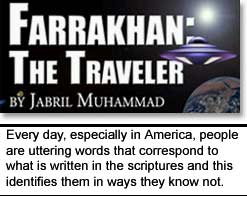 “Jesus wept.” This is the shortest verse in the Bible. It’s verse 35 of Chapter 11 in the gospel of John.

Lazarus. One of the meanings of Lazarus’ name is “Whom God helps.” He was a poor and wretched man. But Jesus loved him. And he raised him from death, after he had been in his tomb for four days.

Later in this chapter, we read of a plot to assassinate Jesus.

We are told of the verbal exchanges of the plotters. But we are not told how the writer learned of this secret council.

In any case, we read that they convened a council to discuss the effect on the public of the resurrection of Lazarus by Jesus, which produced many more believers in Jesus.

They look at the astounding works of Jesus. They acknowledged that, if they left him alone, the entire nation would follow him. They saw this as ruining their positions.

A prestigious one among them stood up and gave a persuasive argument on why Jesus should die.

Different translations teach that, from that day on, they plotted his death; they made plans to assassinate him; they were determined to kill him; they took counsel on how to kill him.

Some translations say these leaders were Jewish. Others don’t.

“This prophecy that Jesus should die for the entire nation came from Caiaphas in his position as High Priest—he didn’t think of it by himself, but was inspired to say it. It was a prediction that Jesus’ death would not be for Israel only but for all the children of God scattered around the world. So from that time on the Jewish leaders began plotting Jesus’ death.” (Living Bible; John 11:51-53)

We’re taught in this gospel that ENVY was the motive out of which they sought Jesus’ life.

Every day, especially in America, people are uttering words that correspond to what is written in the scriptures and this identifies them in ways they know not. Such was the case with Caiaphas.

Both the Honorable Elijah Muhammad and the Honorable Minister Louis Farrakhan have said they can give us knowledge, but understanding comes only from Allah.

The second chapter of I Corinthians provides excellent insights into the preconditions and the process by which understanding of the word of God comes.

First, what Master Fard Muhammad revealed to the Honorable Elijah Muhammad, spread far and wide by Minister Farrakhan, could not be known until today. But, as Paul (a type of Minister Farrakhan) taught in I Corinthians, we can understand the Word or Mind of God, to the extent that He permits this to occur.

Today, we’re so blessed, beyond what we could imagine, to be able to enter into the Mind of God on just about every subject imaginable.

One of the reasons the Honorable Elijah Muhammad said to Minister Farrakhan that he was/is more valuable to him than all the wealth that is in the earth is because through him he can get all of his people. He said this to his Minister knowing full well what he would have to go through and the price he would have to pay to succeed in his assignment.

Consider this excerpt from my book, “Is It Possible That The Honorable Elijah Muhammad Is Still Physically Alive???”:

“Where is Jesus right now? Is he somewhere off the earth, in the sky? Did he come back from death? Was he really seen going up into the sky by a few of his followers?

“Numerous are the conflicts over whether or not Jesus died; and how he died, if he died; whether or not it was on the cross and what happened to his body. However, these conflicts seldom take place among us, the Black people of America. In fact, few of us have really given hard thought to these questions. Most of us just assume that Jesus died on the cross in the way that the preachers said he did. Most of us still have the mental picture of a white man hanging on a cross, sometimes between two criminals.

“Few of us know that a growing number of Bible scholars and students, in the seminaries around the country, know that the truth of Jesus’ death and the Easter story is far different from what is taught in church.

“Black people have been taught that Jesus died on the cross. We were told that he died on a day called Good Friday. They said he died for the sins of the world—ours, too. Is all of this true?

“The last week and day of Jesus’ life takes more space in the Bible (the part called Gospels) than all of his life up to that point. There is little mention of his actual birth. Next to nothing is written of the first thirty years of his life. There is brief notice given of an incident when he was twelve. Nothing else. Little is mentioned of the first year of his ministry. More is given of his second year. Still more is given of the third year plus.

“Please note, that seven of the 10 chapters of John (which deal with Jesus’ last week), focus on the last 24 hours of Jesus’ life on earth—which constitute 33% of the gospel of John! Why?

“This makes one think there is some significance in this arrangement.”

[I intend to go deeper into this as these words were written in the later 1960s. More has come to light since then. Let us continue with the excerpt.]

“What happened the last week and hours of his life? Black people have been taught that Jesus came into Jerusalem, riding on a colt or an ass; that he was hailed as the king of God’s coming kingdom, the son of David coming in the name of the Lord; his speeches; violently driving the traders from the temple; arguments with his opponents; Judas’ secret agreement to betray Jesus; the last supper; his prayers to the Father; the betrayal; the arrest; brought before the high priest and other officials; before Pilate; before Herod; before the mob that cries for his life; some spit on him, beat him; he is mocked; a crown of thorns was put on his head; nails are driven through his hands and feet; his agony; the intense darkness; his death on the cross. But, they also say he survived death and rose up to meet God in heaven. Did all of this really happen back then, 2,000 years ago?”

I’ve heard that Master Fard Muhammad wept over the Black man and woman of America. So did the Honorable Elijah Muhammad. So did, and does, Minister Farrakhan.