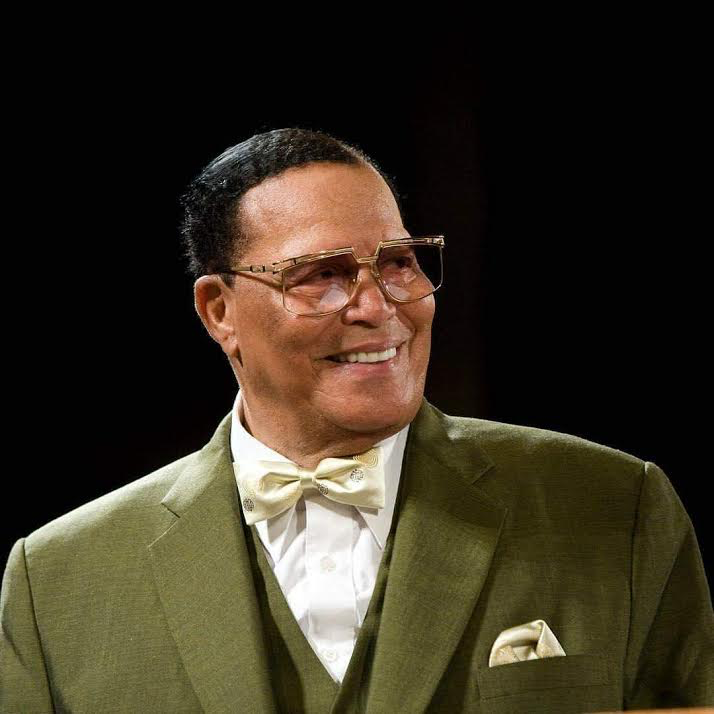 [Editor’s note: The following article includes edited excerpts from the Honorable Minister Louis Farrakhan’s Saviours’ Day keynote address delivered Sunday, February 26, 2012 at the United Center in Chicago, Illinois. The excerpts deal with some aspects of his message concerning the push for war with Iran. The drumbeats toward war continued to grow with a March 4-6 meeting of the American Israel Political Affairs Committee in Washington, D.C. and a March 5 meeting between President Obama and Israeli Prime Minister Benjamin Netanyahu. Though the president expressed support for Israel, he expressed a desire for time to allow diplomatic and economic pressures to work to resolve the problem with Iran and the desire to stop Iran’s nuclear program. Israel’s prime minister stressed the Jewish state must retain the right to act and act alone if necessary in dealing with its perceived enemies. It was another strong statement that Israel could attack Iran. Support for war is still echoed by the neo-cons who were architects of Bush administration military forays in the Muslim world and those who want war are still pushing the president. This scenario makes the Minister’s warning even more important at this critical hour and the brief excerpt below deals with issues related to continued efforts to incite war with Iran.]

Do you know how much America has paid to push the Neo-Conservative agenda from The Synagogue of Satan? I want to talk about this “Synagogue of Satan” … and our president, because now they are pushing President Obama to strike Iran.

And quietly, they’re pushing him to destroy Farrakhan. They want our president to deal with me, and Iran, and that would make The Synagogue of Satan happy.

It was reported in the January 15, 2012 edition of Jerusalem Post that Israel’s Vice Prime Minister Moshe Ya’alon voiced disappointment in the Obama administration by stating: “Election year considerations lay behind its caution over tougher Iran sanctions sought by U.S. legislators. … The U.S. Senate passed a resolution by a majority of 100-to-none to pass sanctions; and in the U.S. administration, there is hesitation for fear of oil prices rising this year out of election year considerations.” On February 5th, President Obama stated, “There are important risks to consider before any military strike against Iran”—he really doesn’t want to do it. I also read that he really was not in favor of the attack on Muammar Gadhafi, but they turned Obama, and he becomes “the spokesman” for them!

See, you’ve got to understand Satan! I’ve got to “hip you” to this Wicked One! When they wanted to attack Panama; go into Grenada and take out Prime Minister Maurice Bishop, they used a “Black face.” They passed over generals, and put Colin Powell in as Chief of Staff; and they put a Black man in front of a policy to kill Black people.

Do you know in all of its modern history, Iran has never attacked another country? But what is your record, America? What is your record Israel? You want to build up the American public to go to war against that country?

I don’t care what they say; what Iran says! I say harsh things, too! But I’ve never hurt anybody, except with The Truth. And if I hurt you with The Truth, well, you’ll just be hurt. But we, The Nation of Islam: We would never let somebody come in and strap a bomb to themselves, and kill innocent people! If we know it, we stop it, because the innocent people that the terrorists will kill are ours and theirs!

But the real aggressors in this drama? When you look at the record of America, and the record of Israel: It is reported that Israel is armed with 300 nuclear weapons—but yet they will not sign the Non-Proliferation Agreement. They have a track record of attacking nuclear facilities of other people!

Israel: You bombed an Iraqi power station in 1981. You attacked and invaded Lebanon; 25,000-plus Syrians and Palestinians killed. In 2003, military incursions into Gaza and Nablus; in 2006, attacked and invaded Lebanon, killed over 1,000 men, women and children; in 2007, attacked and bombed Syria; in 2008, a February attack on Gaza, over 100 murdered; also, in November 2008, an attack on Gaza, killing over 1,300 civilians—and then refused to cooperate with UN investigations! And in 2010, nine people were murdered in an attack on an aid flotilla in international waters.

And the United States of America: You’ve launched over 40 foreign attacks since 1979, and are the only country in history to use nuclear weapons!

The attack record of Iran? Zero!

When America was fighting in Vietnam, the U.S. senators said, and I quote: “Let’s bomb them back into the Stone Age!” Well, America, there are some bombs coming your way that won’t be from a “foreign power.” I want you to acquaint you with your destruction. The door is getting more narrow, now for you.

Recently, there was a celebration aired on television for the 70th birth anniversary of Brother Muhammad Ali. Why do you love him? Is it because he was a great fighter? Or did you love him because he stood up for a principle?

I am going on record right now to state this to all the young people in The Nation of Islam: If America goes to war with Iran, you do not fight in America’s wars against another Muslim country. We are all conscientious objectors. Don’t be swayed by their offer of “use your medical skill in your army; you won’t have to fight”—we’re not going anywhere near that!

I also advise White and Black America, Hispanic and Asian America: Why would you send your children to die for a war engineered by Zionists who love Israel more than they love the United States of America?

On May 22, 2011, in an address to the American Israel Political Affairs Committee (AIPAC), President Barack Obama stated the following about Israel: “Because we understand the challenges Israel faces, I and my administration have made the security of Israel a priority. It’s why we’ve increased cooperation between our militaries to unprecedented levels. It’s why we’re making our most advanced technologies available to our Israeli allies. And it’s why despite tough fiscal times we’ve increased foreign military financing to record levels… .”

Now, that’s Pres. Obama talking at AIPAC—but it’s hard to get him to a Black affair to say kind words to us, and encourage us in our struggle. … However, despite Pres. Obama’s unqualified statement of “unwavering support” for Israel and Zionism, the owner of the Atlanta Jewish Times, Andrew Adler, wrote in the paper’s January 13, 2012 edition that Israel had three options; the third option being that Israel should consider giving “the go-ahead for U.S.-based Mossad agents to take out a president deemed unfriendly to Israel, in order for the current vice president to take his place and forcefully dictate that the United States policy includes its helping the Jewish state obliterate its enemies.” Then, Adler wrote this: “Yes, you read [“three”] correctly. Order a hit on a president in order to preserve Israel’s existence. …”

How many of you heard about that in the media? Not many… Now when I say something, the media makes sure everybody knows if it’s supposedly “negative,” exclaiming in their headlines and articles: “Farrakhan The Anti-Semite!” or “Farrakhan The Hater!” But why didn’t the media tell you what that man, Andrew Adler, said about killing our brother in the White House? It’s because they protect their own regardless to the evil of their people!

Here, a prominent American Jew is suggesting and advocating the assassination of Barack Obama! Where’s the Secret Service? Where’s the FBI? Why didn’t they arrest him? Did they bring him in for questioning? They said they would—but did they? His Jewish brethren jumped on him; chief among them was the head of the Anti-Defamation League, Abraham Foxman. But is it that Andrew Adler made a “horrific statement,” or is it that he exposed the plot too early?

Mr. Adler made another point that no one is addressing: What is the Israeli Mossad doing based inside America? This tells me that The Synagogue of Satan is at work.

And in The Holy Qur’an, Surah 2, verse 62: “Those who are Jews, those who are Christians, or Sabeans; those who believe in Allah and the Last Days, and are the doers of good to others, they have their reward from their Lord.” This Qur’anic verse is sufficient to tell us that there are members of the Jewish faith that are striving to live the life that Moses and the Israelite prophets taught. There are members of the Jewish faith that hold the principles and the teachings of the prophet dear to them. They have to be separated from those who say they are “Jews” and are not, but are The Synagogue of Satan.

“The Synagogue of Satan” doesn’t mean that everybody in it is “Jewish.” It’s a combination of people—Gentile, Jews, Black and White—that agree on an idea. And some on a lesser level do not know what those on the highest level are doing! But they always give you a noble reason for what they’re doing.

When are you that are “good” going to rise up and put those who are “bad” down, and make them know that you are not of them?

In The Holy Qur’an, Surah 3, verse 54 (the Maulana Muhammad Ali translation) it reads: “And (the Jews) planned and Allah (also) planned. And Allah is the best of planners.” The word for “plan” in Arabic is makr, which means “he turns a thing.”

When you look at the beautiful promise of our brother, Barack Obama, that man wanted the best for this country and for all of the American people. He was not going to focus solely on “Black people,” but he was going to focus on what he felt was in the best interest of every American. That was his spirit. And because he grew up in Indonesia, the largest Muslim nation on the Earth, he had some brush with Islam; and had a better appreciation of Islam than any of his predecessors. So Muslims felt that he could rapprochement (establish having cordial relations) between America and the Muslim world, between America and Africa; America and Central and South America; America and Mexico; America and Cuba… . This is the Obama that made the world fall in love with him!

Do you recall the scripture in Luke 4:5 when Satan took Jesus up on the mountain? “And the devil, taking him up into an high mountain, shewed unto him all the kingdoms of the world in a moment of time.” Satan offered to Jesus what his Father had already planned to give him, and then some; but it had not yet come into view. Satan is always jumping in front of The Promise of God to deceive the people into accepting less, because they are not patient to wait on God to deliver on His Promise!

Jesus had the strength to say, “Get thee behind me Satan!” However, President Obama cannot say it, because he does not recognize Satan. If you look at everything that our brother said that was in his heart to do for America and the world, he is now hamstrung, and unable to do it. They did not care what he said prior to being elected; but once he got into office, their skill was to turn him in a direction that pleased them.

He’s not fully turned yet, but they’ve got him turning. No matter what Pres. Obama has said or done to show Israel his commitment, somehow or another he’s failing in some important aspect of what they desire him to do! He’s invaded every country the Neo-Cons told him to; he went and got the Stimulus Plan that bailed out Wall Street… There’s nothing that he has not yet done for Israel, but they’re still not happy.