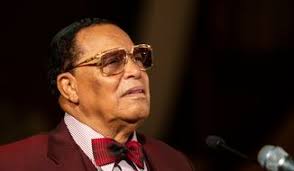 [Editor’s note: The following text is taken from a message delivered by Minister Louis Farrakhan on July 26, 1997 in Detroit.]

This is the threshold of a brand new century. The century that we are passing out of has been and is a Century of War that has taken the lives of millions of human beings. Two-and-one-half years from now we will enter a new millennium, a new century. We pray that the new century will be a Century of Peace. But the Bible teaches that the people will seek peace but they shall not find it. All of our great world leaders are seeking peace, but they want peace on their terms. The Israeli-Palestinian question is a question that needs to be resolved but not on the terms of Palestinians or Israelis, but on the terms of true justice.

America is suffering from what President Clinton calls the great racial divide. The race problem has been with America since her inception. It is a problem that can be solved, but it can only be solved with real justice.

The fruit of justice is peace. But justice is a principle of fair dealing. It is one of the greatest principles that our universe is constructed on. When we fail to do justice, we literally set up conditions that destroy peace.

Paul, in his writings, said, Jews and Gentiles are all under sin. He said there is none that doeth good, no not one. Paul said the way of peace they have not known. The poison of asps is under their tongue and their feet are swift to shed blood. How then can we have peace unless we have a new world order that is based on that which establishes peace? The new world order that the G7, now the G8, is talking of is a world order, not based necessarily on economic and political justice, but based on these industrial nations of might and power determining what are the terms of justice and peace. In truth, (former) President Bush and those who talk of the new world order are not qualified to bring it in. Therefore, the scripture says, “For unto us a child is born, unto us a son is given: and the government shall be upon his shoulder: and his name shall be called Wonderful, Counselor, The mighty God, The everlasting Father, The Prince of Peace. Of the increase of his government and peace there shall be no end …” If we haven’t voted for that One, if we don’t know that One, if we are not a part of the government of that One, then the peace that we seek, we shall not be able to find.

The greatest gift of God to man is peace and contentment of mind. You can’t buy that with money. No matter how many wonderful material things we may have amassed, no material possession can give us peace and contentment of mind. Indeed, when you get a new car, a new home, a new coat, new shoes, a new ring, a new watch that you have liked, momentarily you are pleased. But how long does that moment last? That’s why foolish men give gifts to women thinking that the gift will make them happy; you should know, brothers, that it’s only for a while, and a very short while at that. If gifts could bring us peace, then mothers would have peace with some of their children, fathers would have peace with some of their sons, and the IMF (International Monetary Fund) and the World Bank could bring about peace.

Unfortunately, man and woman are not a physical being. Therefore, as the physical body is finite, all pleasure that is physical is finite. Since we are spiritual beings living in a finite vessel, then only the fruit of the spirit will give us real joy, real peace. The fruit of the spirit comes when man and woman come into obedience to God. That is the way to peace that Paul said neither Jew nor Gentile has known.

So God—after you do all that you can do, since he has given us free will—asks are you ready now to find the peace that you are looking for? Here is the way. It’s the same religion that I gave to Adam that he rejected in the garden. It’s not Judaism; it’s not Christianity; it’s not ritual Islam. The same religion that gave peace to Abraham is called Obedience to My Will. And until you make up your mind to obey your Creator, then the peace and contentment of mind that gives you heaven while you live will always elude you. It will be a dream deferred. You will not have the joy of life or living until and unless you make up your mind. I don’t care how old you are, you are but an infant in this cosmos of time that is billions and trillions of years old and the planets are still here; the mountains are still here; the stars are still here. But you come and you go and you have not learned why the planets still rotate in their orbit and revolve. It is because the planets obey the law under which they’re created and they are not disobedient one fraction of a second. And every time you squeeze an orange and drink its juice, you are drinking the fruit of obedience to law. And every time you squeeze a grape, or eat a chicken, or pull up an ear of corn, you are really eating the fruit of obedience to law. And look at the misery of our lives. We are tasting the fruit of our rejection of obedience to God.

I used to think that the Black man in America was, in fact, the lost sheep. And when I looked up the word “lost” in Roget’s Thesaurus, it meant: irredeemable; irreconcilable; irreformable; past praying for; hopeless; wicked. When you look at our people, you wonder where do you begin to clean up a mess like this. Truly the brother and sister is lost, but look at America. Where do you begin to clean up America? America looks like she’s irredeemable, irreformable, irreconcilable, past praying for, hopeless, wicked, lost, but don’t stop at America. Go to England, France, Germany, Czechoslovakia, Romania, Hungary, Ireland, Egypt, Libya, Sudan, the holy land, Mecca. The holiest places on the earth have lost their righteousness. And the church that was supposed to be a bride adorned for Christ on His return has pulled up her bridal dress and slept with anybody and everybody, and yet wants Christ to receive her as a spotless bride.

The world of Islam that was foretold by Prophet Abraham and his son Ishmael, a world of obedience to God, is now torn apart with schisms and corruption. We have the rituals of religion but the spirit is gone. We have Christians going to prayer, Muslims going to prayer, Jews at the Wailing Wall going to prayer, and the whole human family going to hell.

If your religion has no effect on the real world, then I respectfully submit to you that you are not practicing the religion of Abraham, Moses, Jesus or Muhammad. You have become enslaved to rituals and in those rituals you satisfy yourself that you are on the road to heaven and you walk by the weak, the lame, the blind, the diseased, and leave them in their condition, and yet say you believe in Jesus Christ, Moses and Muhammad.

I’m calling us out of ritualistic religion into the practical application of the principles taught by Abraham, Moses, Jesus and Muhammad. And if we really apply the principles of religion and extract the truth from the rituals contained in religion, then maybe we would have the power to cross the racial divide and reconcile man to man, woman to woman, man to woman, husband to wife, race to race, people to people, and create peace on earth and good will toward men.