In the Holy Qur’an: Surah 19:95 And every one of them will come to Him on the day of Resurrection, alone. 19:96 Those who believe and do good deeds, for them the Beneficent will surely bring about love. (Maulana Muhammad Ali translation)

“ON THE POSSIBILITY OF THE ESCAPE FROM A DEATH PLOT BY
THE HONORABLE ELIJAH MUHAMMAD, MESSENGER OF ALLAH”

[The above was the original title of what comes below, which was the letter I wrote, first with Dr. Abdul Salaam in mind, and then, on the second day, the Honorable Minister Louis Farrakhan. It was later published, in 1983, under the title this whole book carries.]

This comes to stimulate and deepen thought in an area of information dangerous to some, helpful to others, affecting everyone in America and throughout the world. 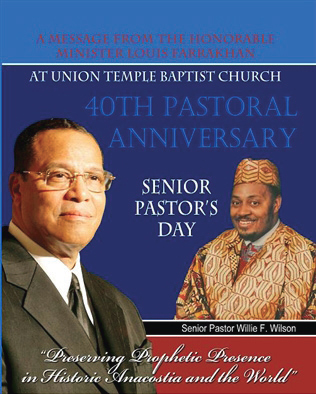 My objective is only to show that there is something to the idea held by a few that the Honorable Elijah Muhammad is not dead.

This will be done by going to an area of information not looked at (for one reason or another) even by 99 percent (or more) of those who love the Messenger, whether or not they believe that he is yet alive and will return one day.

That area of knowledge is described in the Bible and the Holy Qur’an. It concerns the death or fate of Jesus (Isa). I hope to show that Jesus’ fate as described in the scriptures is really teaching us (and the world) about what happened just before and after February 25, 1975.

Before we plunge into the body of this writing, consider its limitations. I won’t cover all that I know or think that could or should be written on this vast, vital and explosive subject. That would require a book, and a lot of money and time.

A good book on this subject would include, or deal with, the views of many wise people, both living and dead. There is no way to convince people, or even raise the idea of this letter to the level of a high probability, without getting into that which influences those same people.

Such a book would have to cover many areas of the Bible and the Holy Qur’an that cannot be touched in a short piece like this.

In addition, there are the hard facts of the views of those who were there in Chicago when it was announced that the Messenger was dead. And, don’t forget, there are those who saw a body, which they state was beyond doubt that of the Honorable Elijah Muhammad.

On the morning of June 17, 2002 I received a phone call from Sister Andrea Muhammad of Muhammad Mosque #12, Philadelphia, Pennsylvania to the effect that she received a letter from Minister Rodney Muhammad (of that same Mosque) for me.

It was the letter I referred to on page 114 of the eighth chapter of this book that was written to me by the Honorable Elijah Muhammad in November 1966.

I had it when I published this book in 1983 and in 1990. It did not occur to me to mention nor include it in those printings.

However, I did not have this letter at the time this book was published in 2001. If I did I would have published it in that printing which was about double the size of the previous two.

If you notice I did not mention, in that chapter, whether or not this letter came up in what he told me of his future escape from a death plot. The letter was not on my mind at the time of our discussion, which developed, for me, quite unexpectedly. Nevertheless, I was and am grateful to Allah and to him for what he did tell me.

I am very thankful to Allah for blessing me that day with that letter. I hope you share this gratitude. And, perhaps this letter will stimulate deeper thought over the future of the Honorable Minister Louis Farrakhan.

On June 5, 2006 I interviewed the Honorable Minister Louis Farrakhan on a number of topics. One of them was what he thought about my idea of placing the letter that the Honorable Elijah Muhammad sent to me back in November 1966, in this book.

Here was his response.

“There is no witness stronger than his own witness of what he knew would come to him, except Allah. He told you in the letter that he would escape a death plot. He gave several instances of scripture that confirmed that.

“Well here’s a letter that he wrote at such and such a time in a certain context. And he bears witness that he would be taken on the heel of a death plot.

“Then, in connection with this death plot, the Honorable Elijah Muhammad told you that, ‘If Allah had not shown me how I was going to escape, I would have no hope.’

Study Minister Farrakhan’s powerful public, more than a vision experience he had.