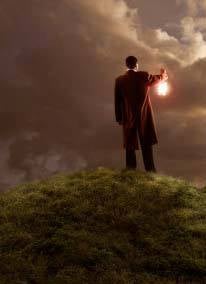 I remember one day listening to the Honorable Minister Louis Farrakhan (@ Mosque Maryam) going into the esoteric secrets of the Bible and the fasting of Jesus in the wilderness (America) for 40 days and 40 nights. He at some point mentioned how he questioned Master Elijah Muhammad on that point of the Bible (and what I termed grossly misunderstood history of Jesus) and it’s true meaning in a modern time . Master Elijah Muhammad then replied that Jesus fasting 40 days in the wilderness means that HE (Elijah) was not allowed to make a convert to himself, during the first 40 years of his work.

After rolling this over for many years in the crevices of my holographic brain, I then pondered that the same formula may and will be used for the current Jesus (The Honorable Minister Louis Farrakhan) to be allowed to make his 1st TRUE CONVERT ! Is it possible that this modern Jesus after being anointed with an extra portion of Gods wisdom and power be allowed to convert more than 1 person the 1st time around after the completion of his 1st 40 years ?

Should the followers of the Honorable Minister Louis Farrakhan be keeping a careful eye on the following for this or these TRUE converts ?

Will this true convert or converts be the ONE or those THAT HAVE LEARNED TO LOVE HIM DEEP ENOUGH TO BE CRYSTALIZED INTO ONENESS WITH HIS MIND ,HEART AND SOUL which later paves the way for his return after an appearance of death before the world ?

Can the Honorable Minister Louis Farrakhan 1st True convert be a woman from among the people ? (This question must be carefully considered if we are to truly consider all things being possible in the unfoldment of prophecy )

Will this crystallization of others among the fold be carried out by one who has also mastered the PRINCIPLED science of CRYSTALS, drawing from that knowledge to help bring about the spiritual crystallization of the other followers who have yet to learn the process of loving HIM to the depths of ones soul ?

Isn’t this the natural endowment of the 2nd self of God for the man who is embodying the mind of God, manifesting God in his person !

What does this possibly have to do with the various women being present at the crucifixion of Jesus and the gross absence of men ?

This is something EVERY black woman in America should consider and table before they go to bed TONIGHT !
Something is brewing in the wind and you definitely want see if its talking about YOU !

Have you learned how to love the Man of God deep enough ?

helper and friend of the Honorable Minister Louis Farrakhan