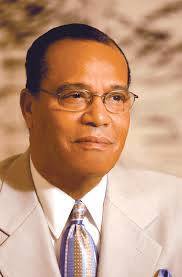 The Book (The 7 Speeches by The Honorable Minister Louis Farrakhan)

The Man his authority and how the woman destroys the love a man has for her.

I just want to say this. This man knows– listen carefully sister– listen now. This man knows that by nature he is in authority over a woman. All men know this. Their nature teaches them this. Most of us are not the type of man we should be, but a woman had to know how to help to develop the qualities within a man today. You have a unique job, Black sister. But it’s a beautiful job if you’re sincere. You know how to get up a man and get some money for shoes, or a coat; you know how to say little things to make him do what you want him to do. You can also say little, subtle things to correct him if he’s wrong without loud talking him. It just takes tact, and thought. But when a woman runs her mouth at a man, that kills his love for her. I don’t care what kind of a bad man he is, I’m telling you– NO MAN in his right mind likes to hear a woman’s mouth running off at him. Now what are you doing when you do that? I know this is hard talk, but listen!

By nature he knows he’s in authority– listen carefully! And if he says something and he’s wrong and you know he’s wrong, then how are you going to get him to see he’s wrong without upsetting him, making him angry?– You can do it. “Well honey, you know that could be so, but have you ever looked at it like this?” Or you WAIT until a better time then you can drop it in on him and he’ll begin to think– he’ll begin to change his own mind; women have an artful way of planting suggestions in a man’s mind and the man WILL THINK IT’S HIS OWN IDEA when you know doggone well it’s yours, is that right? This is what YOU have to do. If you want to help the man to be a man today, there’s a certain sacrifice that you have to make to produce the man, because he is not here. He had to be made.