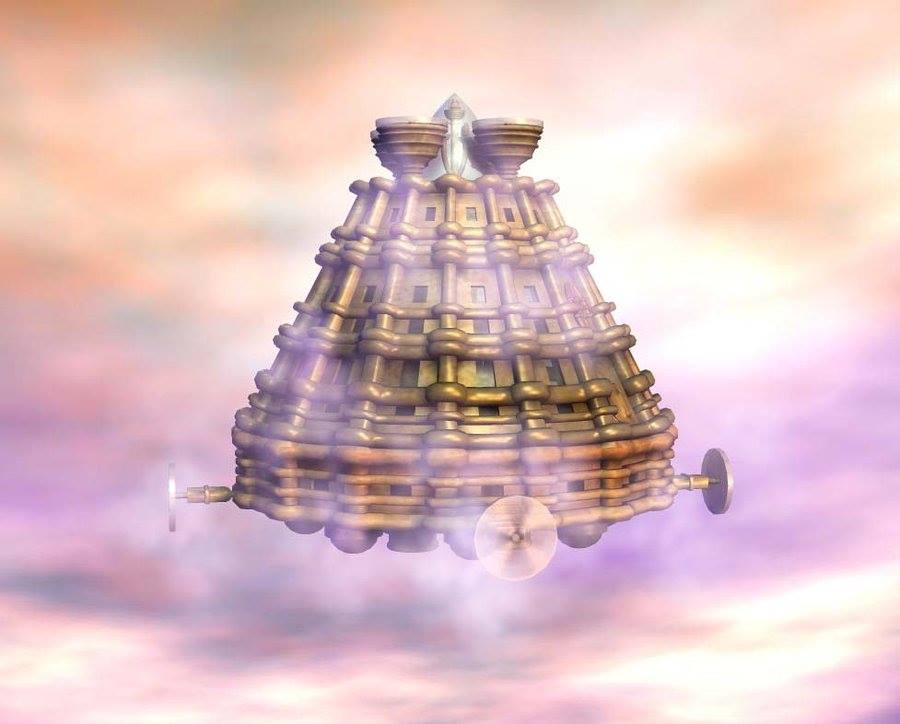 Holy Quran
67:5 And certainly We have adorned this lower heaven with lamps and We make them means of conjectures for the devils, and We have prepared for them the chastisement of burning.

I wanted to share a few experiences from this months participation in Ramadan.

After I ate my Dinner (which was wonderful I might add) I could still feel my Pineal Gland, and Pituitary Gland flickering quick. I said to myself this is great because I can still travel with no difficulty. When the Pituitary Gland is active it allows 1 to receive telepathic messages and images

Now, As I laid down within 40 seconds,I was thrust into the upper regions of our Earth’s atmosphere and was directed to look, and behold a marvelous edifice that sat floating effortlessly in the sky. The Cosmic Brothers Appeared to me in a Wheel Like ship that was like a 6 layered city in the sky. It was Black or grayish Black with lights all around it as if you were gazing in the night skyline of a Great City.I found this experience to be peculiar because I was studying the testimonies of our South American family and their contact with our Cosmic brothers. They were able to pick up my thoughts and allowed me to see 1 of their cities from the outside! I knew that what I was looking at wasn’t our Mother of Planes but a Mother of Planes that we have enlisted in our Cosmic army under the charge of Master Fard Muhammad. Master Fard Muhammad had given me the description of what our Mother Plane would look like from the outside and this wasn’t the same ship. I also had the privilege of going upon our Mother Planes and when I viewed this ship I didnt feel any familiarity with the ship that was before my eyes. This brought me to the conclusion that it was a different Mother of Wheels above our Earth.

The experience ended but I quickly began another journey into the unknown creation of
Allah.

78:17 Surely the day of Decision is appointed —

78:18 The day when the trumpet is blown, so you come forth in hosts,

78:19 And the heaven is opened so it becomes as doors,

78:20 And the mountains are moved off, so they remain a semblance.

May you all find this experience in peace and in truth