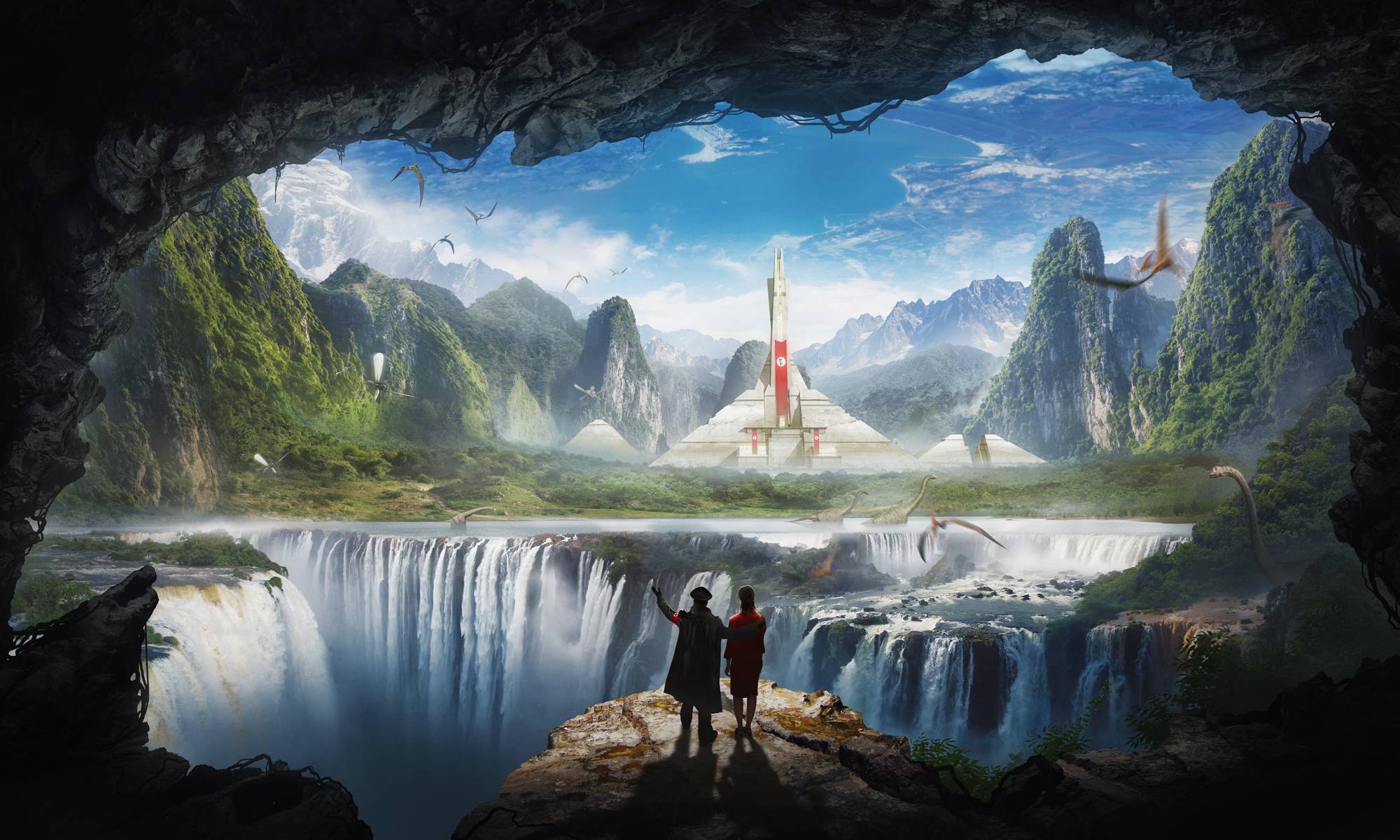 The Studies of the Mystic Masters and 7 Ray Light Workers

The Hopi Indians claim that an unknown civilization built a series of underground tunnels and who dwell within, under mount Shasta.

Are of a lost continent, located in what is now the Pacific Ocean. Called Kasskara. Technologically literate beings flight helped them escape from the catastrophe of this unknown and helped them build those tunnels. These beings were alien called kachinas, from the pleiades).

The ancestors of the hopi were instructed and helped by the machines, which were flying machines, in the form of “Shields” The Hopi tribe today, live in four corners, (State of Arizona, near the Pacific Coast).
Near The Volcano Shasta (located in the mountains of Sierra Nevada, California). Hopi Legends say that within the Shasta there is a huge city where took refuge beings endowed with powers belonging to a lost continent.Dr. Doreal, in 1931, claims to have been able to access this underground world. And claims to have seen beings of physiognomy identical to the Mayans!

In the area of the Shasta you may receive a “Magnetic Field” very special Shasta, derived from the ancient Sanskrit language, and would like to say: venerable.
Local people claims to have seen on several occasions strange beings of white robes, out of the mountain.
It is alleged that under the shasta coexist with beings from other galaxies. The Shasta, probably possess inner tubes that interconnect with other parts of the planet earth.

The first was the world in which the creator placed human beings.
While they lived in balance and harmony, they were allowed to reside there. When they broke the harmony with the spirit, he decided to make a purge. The people who were willing to continue the sacred way, were sent to earth, where they would be protected.

Who occupied the place on earth was the Grand Canyon, an area of emergency. It’s a hole that goes deeper into the soil. No one knows the depth that has (discovered another hole resemblance in Arizona, which was considered a “vent” to the planet, as air comes out of him constantly). It was said by the inmates of the first world that descend to the pit and throwing food, to remain there safely in both lasted the purge. ” then the creator made the volcanoes erupting, enter throwing volcanic rocks across the region. The eruptions also resulted in the outpouring of gases that spread over the earth and killed all those who had not been hiding in their shelter all the time that the creator had prescribed for them “.

” after the purification, came out again and repopulated the earth. He was the second world. Its inhabitants lived in it for longer than the first. But returned to lose his balance. Thought they already knew all the answers, and stopped to listen to the spirit. The Creator felt that the time had come for a new cleansing.This time was requested to spiritual guards who protected the north and south poles that abandoned their posts and left turn the earth freely. And the earth rotated freely. It was a polar shift. High winds hit the planet and vast fields of ice swept over him. It was a very intense cleansing. From that moment, assimilation of knowledge would be a little more difficult “.

” in the third world, humans populated the earth with much greater outreach to as they had done before. By then had conquered a knowledge and skills that are far superior. They built huge cities and machines capable of doing things are very different, even machines that could fly. Undertook wars between cities and established limits on earth and declared certain plots belonging to an individual or tribe. Invented The Crystal and used it with destructive goals.

Discovered types of rays that were also capable of destroying. The Spirit I witnessed all this with regret.” ” once again the creator saw arrival time of a new purge. This time he made the waters of the oceans is desbordasen great floods and fall from the sky. This purification took the form of a giant flood (note the resemblance with the biblical account of Noah’s ark)” then the people called to survive in this continent – a man with his two sons and their families – was mired in a state of suspended animation and locked on the inside of a hollow tubes.Floated on the water until they retreated, then came to the earth. The Father wanted to reminisce about some of the old traditions, but the creator made you abandon it.

The two sons and their families wanted to continue the path of the creator. One of them was tasked to travel east and repoblara earth, while the other headed west. The one who followed the path of the west was the first hopi. The one who moved to the east was called the real white brother…”
Hopi accounts realize three different worlds before the current.

The fourth purification would be produced by the action of the four elements. This means that we would see major floods in many places, the most intense winds we had ever seen, of earthquakes and volcanic eruptions. We would see as earth, water, fire and air are involved in the process of purification…Some of the prophecies were published in 1963 by Frank Waters in the book of the hopi.” the fourth world will soon end, and the fifth world will begin. The elders everywhere know. The signs have been completed for many years, and there are only a few “” the first sign: we were told of the coming of White-skinned men, like pahana, but not living like pahana men who took the land that was not one of them. And men who beat their enemies with thunder “

” this is the second sign: our lands will see the coming of wheels rolling with voices. In his youth, my father saw this prophecy come true with his eyes – the white men bringing their families in wagons across the prairies this is the third sign: a strange beast like a buffalo but with great long horns, and will land in great number. I saw this white feather with his eyes – the arrival of the white man’s cattle.this is the fourth sign: the land will be crossed by snakes of iron”
“this is the fifth sign: the land will be crossed by a giant spider web this is the sixth sign: the land will be crossed by rivers of stone that make pictures in the sun”
“this is the seventh sign: you listen to the ocean turns black, and that many living things dying because of it”  “this is the eighth sign: you will look at many youth, who wear their hair long like my people, to approach the tribal nations, to learn their ways and wisdom and this is the ninth and last sign: you will hear of a dwelling-place in the heavens, on earth, you will fall with a great crash. Will appear as a blue star. Very soon after this, the ceremonies of my people will cease these are the signs that the great destruction comes. The world will tremble. The White man will fight against people from other lands – with those who possessed the first light of wisdom. There will be many columns of smoke and fire as the white feather that has seen him do in deserts not far from here. Only those who come to cause illness and great death.

A lot of my people, understanding the prophecies, he’ll be safe. Those who stay and live in places of my people will also be safe. Then there will be lots of reconstruction. And soon – very soon after – pahana will return. He will bring with him, the dawn of the fifth world. He’ll plant the seeds of his wisdom in their hearts. Even now those seeds are being planted.

This will smooth the way to emerge into the fifth world. “

” but white feather won’t see this. I’m old and dying. You… you might see him. Whenever Time, when it’s time….”