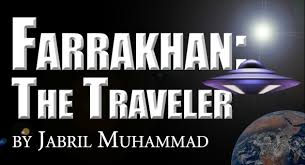 [Editor’s Note: This is a reprint and was published online via the finalcall website July 14, 2008.]

In The Final Call newspaper, dated March 5, 1988, I wrote the following, which fills in some of the above concerning the preparation of the Honorable Louis Farrakhan, by his teacher.

On this third occasion, when the Honorable Elijah Muhammad spoke to his Minister of his value, he also told his Minister that, “As Allah made me to take His place among the people, I am making you to take my place.”

Remember, what Moses told Aaron in the Holy Qur’an 7:142: “And We appointed for Moses thirty nights, and completed them with ten, so the appointed time of his Lord was complete forty nights. And Moses said to his brother Aaron: Take my place among my people, and act well and follow not the way of the mischief-makers.”

The thirty and the ten months refer to the forty year period—from 1935 to 1975—of the first phase of the mission of the Honorable Elijah Muhammad. The ten months refers to the ten year period of time, 1965 to 1975, during which, in response to a special prayer, God granted the Honorable Elijah Muhammad more time; a term, in which Minister Farrakhan’s preparation could continue so that he could do as he has done from 1977 onward.

He only gave the warning which he was ordered by God to give. What was and is not widely known, however, is that one day, following the issue of Muhammad Speaks containing such dreadful news, of the coming chastisement of God; the Honorable Elijah Muhammad mentioned in a lecture in Chicago that he had begged Almighty God for more time to work with us; to save us all. This prayer was made after he was ordered to publish what he did. And his prayer was accepted.

Did we as a people, appreciate the frightening expression of God’s wrath, especially towards those who viciously attacked His representative, a man whom God Himself honored—the Honorable Elijah Muhammad? Hardly any of us knew of his prayer for us and God’s reaction. So due to our unnatural condition (ultimately due to slavery) many of us—even in the Nation—entertained doubt, or an increased measure of doubt, concerning the integrity of the mission and character of the Honorable Elijah Muhammad. Others saw in the fact that the chastisement did not occur, as he wrote it in the Muhammad Speaks more grounds to hold the holy man in our midst in more contempt than ever.

How, then, could such people truly respect those who represented a man whose character they either doubted; held in contempt; and/or even secretly mocked?

There were certain times when God told Moses, and later, on other occasions He told both Moses and Aaron, that He was going to kill the “chosen” people because of their continued rebellious spirit and acts. As early as 1932 or early in 1933, Master Fard Muhammad said to the Honorable Elijah Muhammad, one day:

“Come on Karriem. We got about all we are going to get.” He broke down and cried: “Master, if you destroy them destroy me.”

(Before He gave His servant the name Muhammad, Master Fard Muhammad gave him the name Karriem.) That’s love; of an extraordinary kind.

Certainly, this was to bring from His servant that very response, in an increased measure. It was one of God’s ways to lift His servant to the next step He deemed necessary. God’s ways often seem strange; even paradoxical. That is because of our distance from His wisdom. Surely, His ways are not strange to Himself.

In 1964, Allah granted His servant, the Honorable Elijah Muhammad, his desire for more time. Not long after he moved Minister Farrakhan to New York City. There he intensified his preparation of his Minister for the work he was yet to do.

Let us look into the use of the word “as” by the Honorable Elijah Muhammad, with reference to his Minister, the Honorable Louis Farrakhan.

The word “as” means: as if; in or to the same degree in which; when considered in a specified form or relation; in the way or manner that; in accordance with what or the way in which. When used as a preposition “as” means: like; in the capacity, character, condition, or role of. Role, in this sense signifies function. Among the definitions of “function” are: the action for which a person or thing is specially fitted or used; that for which a person or a thing exists; the definite end or purpose that the one in question serves, or the particular kind of work one is intended to perform.

When I first came to the Nation, in the ‘50s, I heard that Master Fard Muhammad asked this question of an audience, in Detroit: “How many of you will be here on My return?” He told the Honorable Elijah Muhammad that those who would remain could fit in a—I think it was—a taxi cab, or in any case, a car. That actually came to pass—just as He said.

Years later, so I was told by eyewitnesses, shortly after the Honorable Elijah Muhammad was released from jail, August 26, 1946, he said to a small group: “Now, here I am. Where are they?”