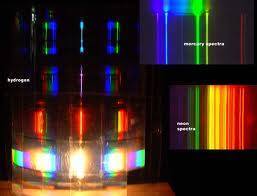 December 22, 2015  ·
Some among the people are experiencing encrypted Light downloads don’t be alarmed !

Will the members of the Nation of Islam experience encrypted light downloads?

Is there an attempt by the Angelic Hierarchy under Master Fard Muhammad and Master Elijah Muhammad’s authority to prepare the followers of the Honorable Louis Farrakhan for their future work among the survivors of Armageddon?

The hardware of the mind is so advanced and beyond the knowledge of this world that it would take much time to explain how it all works….(more on that in the near future)

Now to the experience

I was mesmerized by a trance like state that I entered where in I was shown a number of encrypted light files…(meaning files of light) that were being downloaded into my Mind and Brain …..these files were codes.These codes where necessary to help equip me with the needed information to help my wife Afiya Mahatmas Muhammad in her Great Mission and work among the people in the West and The NOI as a whole…….

At the time of this experience …I wasn’t asleep…. I was awake ….and began to talk to my wife of the experience as it was transpiring……….

This was the 2nd consecutive night that this transpired….

As I talked to my wife of this experience The Great Ayin Master Fard gently speaks and reveals what was being done and why and ended is words to me with a small phrase of humor..

yes..I said pictures and places……these light files had the ability to project images that were representative of the information that was in the file of light……..
more on this experience at a later time