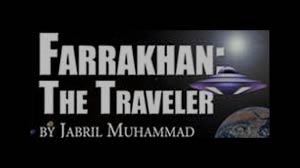 On Sunday, October 19, 2008, the dedication of Mosque Maryam is to occur, in which the Honorable Minister Louis Farrakhan will give the keynote address.

It is written in the book of Zachariah, in the St. Joseph New Catholic edition:

Today is October 7, 2008. I mentioned this as part of a mini explanation that I cannot continue the previous article until later. Yesterday, I received an urgent message from The Final Call that they needed my article at once. So I had to cut the article short. Early today I received another urgent message that my article is due at The Final Call tomorrow, Wednesday, October 8, 2008. I realize that the reader is not aware of my medical condition and that I’m not able, at present, to write with the speed that I used to write. By the help of Allah, I’m aiming to get there and beyond. This is a short explanation.

I am very thankful for the opportunity to continue to give a testimony to the magnificent work being done by Minister Farrakhan. I hope each article bears fruit. By the help of Allah, I’ll continue the previous article, in full, as soon as I can.

On page 314 of “Closing The Gap” we read: Now we are at the conclusion, or final set of interviews, for this book. I hope that you will make the time to read the introduction to the first question I asked the Minister that opened the section. It’s crucial. Well, I suppose people may say that Jabril says this of every answer he gave in this book. Right! This event should produce better quality conversation.

Minster Louis Farrakhan: Allah gives to every creature the ability to communicate with its own to be able to share with other members of its species, what its aim is, what its desire is and the fulfillment of the natural inclination of the species.

The highest manifestation of communication is language that He gives to the human to express its desires, its concerns, its needs, its disappointments, its frustrations. But all of it is manifested through language.

The art of communication is a lost art among human beings. I guess the Tower of Babel and the confusion of languages is demonstrative of the chastisement of God in disallowing human beings to be able to communicate at the highest level.

With us as a people that were taken from our original language and culture we have developed skill in communicating through various means; sometimes other than language. But the highest form of communication is language that is used to communicate the wisdom of God.

What that told me was, that the level of energy, light, spiritual power that is contained in right words, communicated from the right motivation, energizes the brain of the recipient of such word. That energy is delivered to every part of the body, thereby, increasing the energy level of that person.

As I looked at what the Honorable Elijah Muhammad was saying to me, I recognized that there were levels of conversation that carried varying degrees of electrical energy. The lowest form of conversation, which takes away from the energy of the human being and causes that person’s shoulders to droop, their face to drop, their countenance to change; the body to react, is conversation that is negative, dealing with slander, backbiting, gossip. This type of conversation, which is so disruptive to unity, to brotherhood, to social relationships that reflect the highest quality of civilization.

Closing The Gap by Jabril Muhammad Inner Views of the Heart, Mind & Sprit of the Honorable Minister Louis Farrakhan

Allah says in the Qur’an that the slanderer, the defamer, the gossiper, He likens that kind of person to the worst and most hateful of all His creatures, which is the swine or khanzir. The Honorable Elijah Muhammad said khanzir means “I see it foul and very foul.” The Qur’an says, “I will brand him (the human being) on his snout,” which says that this type of person is like the pig groveling in filth looking for dirt to spread about another human being. I see it foul and very foul.

When you communicate, with this foul discourse, it can never lead to the type of activity that a higher level of discourse would bring about. So, slander, gossip, defamation, secret counsels that engage in this foul, despicable means of communication, leads to a person falling down, mentally, spiritually and humanly to then act on the lowest level of human behavior.

When Almighty God Allah reveals a word, or what is called Divine Revelation, that unearths secrets of Himself and His creation, that man and the wisest of men had not discovered up until that time. No matter how high the wise have gone with their wisdom and their ability to communicate their wisdom, when God so chooses to raise an individual and give that individual Divine Revelation, that is akin to putting the highest wattage of electricity in the head of that human being.

The human being that comes at the end of the world does not only have a high wattage but he is compared to the light of the sun, which carries light, life, energy and warmth, to all of creation. Therefore, no creature can live without the energy of the sun. Nothing of life would survive without such energy. This one that comes at the end of the world that says he is the light of the world, his brain is filled with the highest form of energy. Then transmission of that light to those who walk in darkness or to those who function on a low level has the power to raise their level of conversation, their level of thought and their level of activity.

When such a person is communicating to somebody that is dead then the person who is considered dead, is functioning on the lowest level of human behavior and human conversation or communication. They have not received that which would raise them in thought and in action from where they are. When a man like that appears, a Messenger of God, the Messiah; then to feed on his word that comes directly from God is to feed our brain the best food; the highest form of food.

Now when we go out to purchase an automobile that is a high performance automobile, it is counterproductive to put a cheap source of energy in a high performance engine. The human brain is a high, exceedingly high, creation that functions best when it is fed from the highest energy source. Man’s connection to God is life itself, and his disconnect from that source of the highest energy, is death.

This was not the end of his answer.