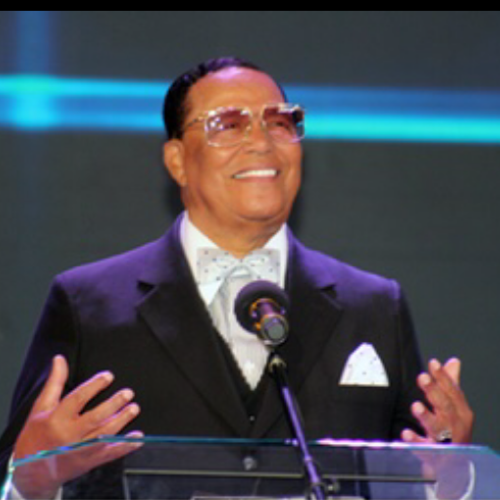 [Editor’s note: The following timely message is excerpted from the June/July 1982 issue of The Final Call newspaper, a message written by Minister Farrakhan during the early days of his work to rebuild the Nation of Islam under the Teachings and Guidance of the Most Honorable Elijah Muhammad. The article shows the consistency of the message of atonement that Minister Farrakhan has been teaching over the years.]

The Honorable Elijah Muhammad has advised the nations of the earth and us, as individuals, to “correct the wrong.” One of the greatest attributes of Allah (God) is His abundant Mercy. He is Oft-Returning to Mercy and Forgiving. But we, His servants, must be worthy of His Forgiveness. We must take the proper steps to receive His Forgiveness. And one of those steps is that we must correct our wrongs.

I am saying to the troubled world, help put Black people, the Black man and woman of America, into his and her proper and rightful place, and God will remove your headaches. Don’t continue the wrong, correct it and you will come into the Forgiveness and the Mercy of Allah.

The government of the United States has wronged the Black man and woman of America. The problem of Black people in this country has lingered for over 400 years without a solution. The Honorable Elijah Muhammad is warning the government that it must correct the wrong. Our fathers were brought into slavery, not to be made equal citizens, but to be made burden-bearers of the citizens of America. After 100 years of so-called freedom, the masses of Black people in this country are in a worse condition. America must correct the wrong.

The leaders that we developed to lead us out of the pitiful condition that the American White people have placed us in have been set upon and destroyed. Organizations that were founded and developed to ease our plight have been systematically destroyed. Now hatred is budding between the two people; a hatred that is bound to bring clashing and revolution. The proper steps must be taken. We must correct the wrong.

The Judgment of Allah is now seen. The land of America is being curtailed on all sides. There is an increase of disease, insanity, sickness, murder, rape, robbery and mayhem. The society is being pulled apart by conflict; people are crying out for justice.

When Abraham Lincoln called the first White House Conference with Black leaders, he proposed separation either in Africa or Central America. He honestly and forthrightly told the Black leaders of what hardship they would face if they continued on in America. He also told these leaders of the possible blessings that could come to Africa if we returned home.

It seemed that he wanted the nightmare of slavery to be turned into a blessing for both sides.

These Black leaders did not take this offer and some of Lincoln’s own people opposed him, so separation and nationhood for us never came about. Indeed, it couldn’t because these “leaders” were so thoroughly robbed of self-knowledge that they never believed they could be successful without their slave master.

According to history, four peoples were involved in bringing our fathers into slavery, some Arabs, Jews, Europeans and Africans. The Honorable Elijah Muhammad has said to us that no problem in the world is more difficult to solve than the problem of raising the Black man up—settling the differences between the Black man of America (the slave) and the slave master’s children. He also said that no problem in the world would be solved until the Black man of America is given justice. And now all of these who helped in the trafficking of slaves are beset with problems that will ultimately destroy them; and it is precisely because none have followed the guidance of Allah’s Messenger, the Honorable Elijah Muhammad, and moved to correct the wrong.

Was it right that Israel invaded Lebanon, destroying the lives of innocent Palestinian and Lebanese men, women and children? This is not correcting the wrong; this is compounding the wrong.

The Arab and Muslim world has sat by and watched the slaughter of their brethren, especially in Afghanistan, Iraq, Bosnia and Chechnya.

Is the Arab disunity and their inability to check the advancement of the forces of her enemies a sign that Allah is chastising them for failure to correct the wrong? However, with every Palestinian that is being killed by the forces of Israel, the Arab world is becoming more embittered and more resolved to destroy the state of Israel. Every victory that Israel gains moves her closer toward her ultimate defeat.

Israel now is losing some of her friends, and her greatest ally, the United States, is getting increasingly angry over the policies of [former Israeli Prime Minister] Menachem Begin. Division is seething and is growing between the two friends. Is this a chastisement for evils done and for failure to correct the wrong?

Soon the Middle East will be bathed in blood; the Arabs and the Jews will try to destroy each other. Their conflict will be a trigger to a greater and wider war, which the Honorable Elijah Muhammad says will take place in Europe. And there the European nations, with the exception of a few, will be totally and completely destroyed. Russia and the United States will be the agents of chastisement. The war in Europe is shaping up now. Is this a chastisement for failure to correct the wrong? Even the mercy of God is not infinite. He gives us time and He guides us to the steps that must be taken to correct the wrong. But if we ignore His counsel, we compound the wrong and speed up the day of eventual payment for that wrong. The world has now reached that point.

We, who follow the Honorable Elijah Muhammad, declare to the world that Almighty God, Allah, has intervened in our affairs and has raised up in the midst of us, the Promised Messiah, the Deliverer, with the Guidance to reform the condition of Black people in this country and throughout the world and with the Guidance necessary to help America and us settle our 400-year-old problem. He brings the Guidance to aid us in correcting the wrong.

Allah (God) is He who judges intentions and motives. I am sure that many Arabs, Christians and Jews felt that Elijah Muhammad was an impostor, a false man. But in his departure from us and the demise of the Nation of Islam, you all have a chance to reassess this man because I, Louis Farrakhan, one of his students, am standing up in his name, and Allah is blessing me with success in rebuilding his work with the help of those who believe. You are seeing once again a marvelous transformation taking place in the lives of hundreds and thousands of Black people across these United States. Even though the Honorable Elijah Muhammad is not physically present, we are following His guidance and program, and Allah (God) is making us successful. Does this not prove to you that this man was and is from Allah? Who has power to give life and raise us up from death? None but Allah.

This is The Final Call! The nations must correct the wrong. The Judgment is at our doors.

If the Jews and the Arabs, Europe and America, and our people of Africa recognize that Allah (God) is backing the rise of the Black man in America and that the world will have no peace until the Black man’s problem is solved, then get busy and aid me in this work. The world could be saved from the impending disaster! Will you correct the wrong and live?

During the time of Prophet Muhammad of Arabia (peace be upon him), the black stone of the Ka’bah was out of place. Prophet Muhammad (PBUH) summoned four chiefs and guided them in putting the stone back into place. I am saying to the troubled world, help put Black people, the Black man and woman of America, into his and her proper and rightful place, and God will remove your headaches. Don’t continue the wrong, correct it and you will come into the Forgiveness and the Mercy of Allah.

Black people of America, you have wronged yourselves by rejecting clear guidance that has come to you from the Honorable Elijah Muhammad. I implore you to correct the wrong. Many Muslim followers of the Honorable Elijah Muhammad have strayed from his guidance and are suffering great loss. The world is suffering loss: the Arabs, the Jews, the Europeans, the Americans, the Africans, the world of man and mankind is suffering loss. Allah warns us in the Holy Qur’an to consider the time. “By the time!