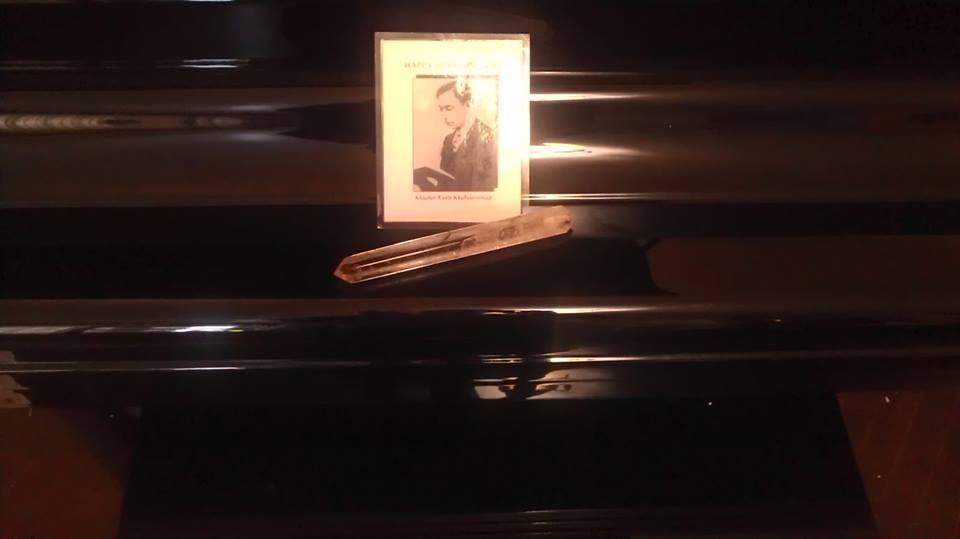 As I(Gary Mahatmas Muhammad) and my wife Afiya Mahatmas Muhammad sat on the couch in our morning studies after prayer….we entered into a conversation with The Great Mahdi,The Ayin of Creation Master Fard Muhammad…..

I was discussing with him about some of the Great Civilizations of the past for example The Great Civilization of Siberia. I was discussing with him about the creatures of the earth that are classified as Myth and Legend but have been hidden in the secret realms of Creation until man reawakens himself to the more Divine part of his being……my Master and Teacher Fard Muhammad gently touched on these topics 1 by 1….As I laid on the couch beside my gentle,loving wife…..I saw that she had brought out her double terminated Crystal…..These type of crystals are vey important tools for time travel…..My inner mind told me to grab the crystal and I did so…..I immediately drew within my body Power from The Great Sun down into the Higher bodies into my hands and channeled it into the crystal…..As I did this..I could feel the electricity building in my finger tips …..I placed a duplicate image of myself into the crystal……waiting to see what would happen…..nothing did…..As I sat the crystal down…..Master Fard Muhammad came back and said pick up the crystal again and transfer my consciousness into it and see what I could find….

( As I did this exercise my Loving wife had taken my feet and rubbed them so kindly and so softly that it caused the pressure which was upon my mind to cease and the power of my being to flow downward into my feet and to become invigorated by the energy of her hands…..Her power and kindness is priceless)

As I did the same exercise as before……I placed my mind and body into the Crystal…….and as I did this ….a world mysteriously came before my eyes…
I saw a world so beautiful,so serene yet so foreign that I cant find words to describe it……..

I saw a Grand Pyramid in the back drop of this wonderful City…..
I saw a sky like I never could have imagined it before…..it was a sky so grand ,so beautiful that it was as if a Grand Artist took his golden paint brush and swiped his brush across the colors ,Pink,Purple,orange,gold,and red with each color infused in a cloud like fashion across the sky……I couldnt believe what I saw…..

As the image faded away and I was drawn back to my conscious mind to tell my wife what transpired….

As I relayed this to my wife…..I was still some what mystified and then I communicated this to Master Fard Muhammad…..

he stated that yes..this was a place from a long ,long time ago…..
And as he said this I marveled….

He Master Fard told me his Chela that Crystals have within them the recorded history of the planet and certain places….

He said crystals are not like New Born babies…(with a chuckle) they are millions of years old Brother……
This end this segment of my conversation with the Master……Fard Muhammad the Supreme Being of the Cosmos and Master of the Universes…..