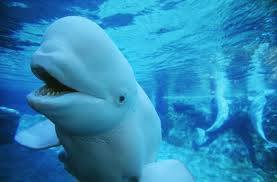 The Experiences of Gary Mahatmas Muhammad Chela of Master Fard Muhammad and follower of Elijah Muhammad and Louis Farrakhan.

As Salaam Alaikum beloved Mystic Masters and Chelas of Light in training….

I have been away for a few days focusing,strengthening and fine tuning my technique in the areas of Mental Alchemy (visualization) and Vibration.
These techniques allows 1 to see and hear what others can’t see and hear.These exercises allows me to utilize the “Higher Faculties”. They also allow me to strengthen my being for the True Fight that will come upon the righteous in just a few short days…..(please ponder on this)

I have had much success to my delight and excitement.

Many things I have yet to discuss with you all beloved Chelas of Light.

Some things,particularly things of this nature I would like to bring to the Groups attention.I desire to bring this to the groups attention because it helps to inspire and confirm the fact that all things are possible with Master Fard Muhammads guidance, 2ndly to help a few among us to re-FOCUS…..

When I decided to break from Facebook I did so because I didn’t like what I was seeing from the many minds that we interact with daily within this forum. Some minds are geared toward refinement and Mastery while others are geared toward entertainment and social activity…..Never the less each must reap the fruit of their on deeds during the time allotted them.

Now to an experience……

As I laid on the couch doing my mental exercises and rituals using Sound,Color and images. I noticed a powerful shift in my vibration. I could feel the energy pulsing back and forth through out my Being. I calmed myself and set out to reach 2 particular Angels of Master Fard Muhammad.As I nodded off into a deep state of unconsciousness,I was awakened out of my slumber with a powerful pulling force coming outward from the Solar Plex area….There was this endless pull with such force that it literally caused my body to be pulled up and away from the couch. As this transpired I pulled against this force not desiring to go in the direction of the pull. My heart was pounding(racing), my Solar Plex was full of fire(heat).As I laid back down to calm myself I could see POWERFUL ELECTRICAL IMPULSES entering my brain and Solar Plex…(imagine a tidal wave of electricity coming in toward your brain and chest area)

I was now experiencing Clairaudience as I have before…..but in this particular case it was filtering through the Solar Plex /Pineal Gland verses the Throat Chakra.

As I listened ‘INTENSIVELY” to the Electrical pulse and weighing the force,and time ratio between each pulse…. the melodious sounds came in……
I could hear the rumbles of electricity and then I could hear the voices and conversations of the animals on the planet….I could hear the singing or communications of the whales…Yes the whales….Even though I was very far from the Atlantic Ocean ,I saw and knew that the whales that I had connected to via Clairaudience were in the Atlantic Ocean. I traveled(by Mind) the breath of the Country going east in what seemed line nano seconds and I looked and was taken underneath the Oceans and there they were…..Whales….they were actively communicating with me….I could hear the roaring of the waves above their heads….(please keep in mind this wasn’t a dream.I was as wide wake then as I am now to write this note to you) As I searched the whales I was hoping to see the Great Orchid Whale or possibly The Great Blue whales…but no…..they were the smaller 1s and they were traveling as a Pod(community)

I was shocked and excited all in 1 emotion……

I then reflected and came back to focus on my body…

The force was still present …pulling intensively on my Solar Plex….

I calmed myself by going into the unconscious state…..but that state didnt last long as I was pulled from it to begin a communication with 1 of Allahs Angels. I was never told whom he was…I just know that I was summoned out of my previous state and he began teaching me my lessons…He began to download in me torrents of information….it was so much information that it appeared and felt like a waterfall coming down upon me….He was talking to me as this transpired…and after it was over I was permitted to leave(awaken) and do my Fajr prayer…

until the next time