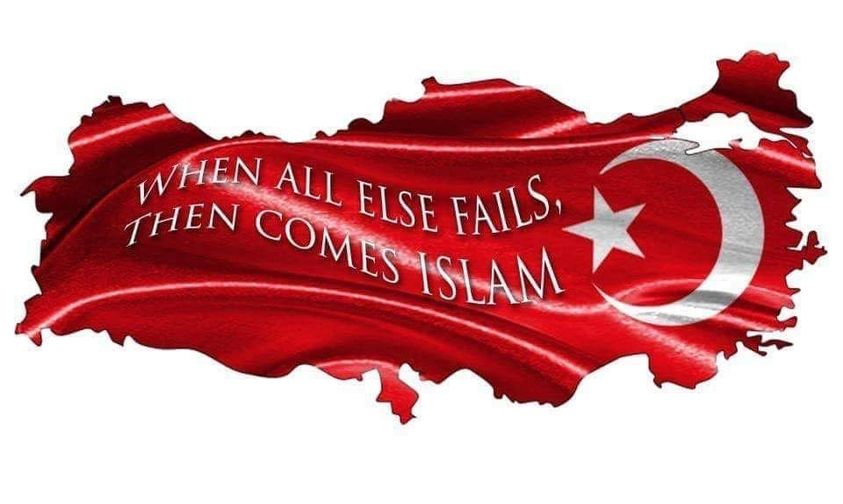 [Editor’s Note: The following text is excerpted from Minister Louis Farrakhan’s historic World’s
Day of Atonement address, titled “Can the U.S. Avert the War of Armageddon?” at the United
Nations Plaza on October 16, 1996, the anniversary of the Million Man March]

he day of atonement is established by God to help us achieve a closer tie with the source of wisdom, knowledge, understanding and power. For it is only through a closer union or tie with Him who created us all, with Him who has power over all things that we can draw power, knowledge, wisdom and understanding from Him that we may be enabled to change the realities of our life. A perfect union with God is the idea at the base of atonement.

Atonement demands of us eight steps. In fact, atonement is the fifth step in an eight stage process. But the first stage is the most difficult of all because when we are wrong and we are not aware of it, someone has to point out the wrong. The most difficult thing is, when somebody points it out, do we accept it? Do we reject it? Do we hate the person who pointed out our wrong? How do we treat the person who points out our wrong?

Whoever is entrusted with the task of pointing out wrong, depending on the nature of the circumstances, is not always loved. In fact, more than likely, that person is going to be hated and misunderstood. Such persons are generally hated because no one wants to be shown as being wrong, particularly when you’re dealing with governments, with principalities, with powers, with rulers, with administrations. When you’re dealing with forces which have become entrenched in their evil, intractable and unyielding in their power, it produces an arrogance that produces a blindness. Out of that evil state of mind they will do all manner of evil to the person who points out their wrong, even though you’re doing good for them by pointing out where America went wrong.

Well, pointing out fault, pointing out our wrong is the first step. The second step is to acknowledge. To acknowledge means to admit the existence, the reality or the truth of some reality. It is to recognize as being valid or having force and power. It is to express thanks, appreciation or gratitude. So in this context, the word acknowledgment means to be in a state of recognition of the truth of the fact that we have been wrong.

The third step is that after you know you’re wrong and you acknowledge it to yourself, who else knows it except that you confess it. The Bible says confession is good for the soul. To free the soul, or the essence of man, from its burden one must acknowledge one’s wrong, but then one must confess. The Holy Qur’an says it like this: “I have been greatly unjust to myself and confess my faults. So grant me protection against all my faults for none grants protection against faults but thee.” It is only through confession that we can be granted protection from the consequences of our faults, for every deed has a consequence and we can never be granted protection against the faults that we refuse to acknowledge or that we are unwilling to confess. So, who should you confess to? First, you confess to God. Every one of us that are here today that know that we have done wrong we have to go to God and speak to Him in the privacy of our rooms and confess. He already knows, but when you confess you’re relieving your soul of the burden that it bears.

The hardest part is to go to the person or persons whom your fault has ill-affected and confess to them. That’s hard, but if we want a perfect union, we have to confess the fault.

Well, what happens after confession? There must be repentance (4th stage). When you repent you feel remorse, or contrition, or shame for the past conduct which was, and is, wrong and sinful. It means to feel contrition or self-reproached for what one has done or failed to do. And it is the experiencing of such regret for past conduct that involves the changing of our mind toward that sin. Until we repent and feel sick and sorry over what we have done, we can never, never change our mind toward that thing; and if you don’t repent you’ll do it over and over and over again.

Atonement (5th stage) means satisfaction or reparation for a wrong or injury. It means to make amends; it means penitence, expiation, compensation and recompense made or done for an injury or wrong. Atonement means we must be willing to do something in expiation of our sins. We can’t just have a good time today and say we’ve made history in Washington; we have to resolve today that we’re going back home to do something about what’s going on in our lives and in our families and in our communities.

If we make atonement it leads to the sixth stage which is forgiveness. Many of us want forgiveness but we don’t want to go through the process that leads to it. When we say we forgive, we forgive from our lips but we have never pardoned in the heart, so the injury still remains. God is always ready to forgive us for our failures. Forgiveness means to grant pardon for or remission of an offense or sin; it is to absolve, to clear, to exonerate and to liberate. We are not liberated from the evil effect of our own sin until we can ask God for forgiveness and then forgive others. This is why in the Lord’s prayer, we say, “forgive us our trespasses, as we forgive those who trespass against us.” It means to cease to feel offense and resentment against another for the harm done by an offender. It means to wipe the slate clean. And that leads to the seventh stage.

The seventh stage that leads to the perfect union with God is reconciliation and restoration. After forgiveness we are going to be restored. To what? To our original position. To restore, to reconcile, means to become friendly, peaceable again; to put hostile persons into a state of agreement or harmony, to make compatible or to compose or settle what it was that made for division. It means to resolve differences. It can mean to establish or re-establish a close relationship between previously hostile persons. So restoration means the act of returning something to an original or unimpaired condition.

A balm in Gilead

When you’re back to an unimpaired position you have reached the eighth stage which is perfect union. And when we go through all of these steps there is no difference between us that we can’t heal. “There’s a balm in Gilead to heal the sin-sick soul; there is a balm in Gilead to make the wounded whole.” We are a wounded people but we are being healed. But, President Clinton, America is also wounded and there’s hostility now in the great divide between the people. Socially, the fabric of America is being torn apart and it’s Black against Black, Black against white, white against white, white against Black, yellow against brown, brown against yellow. We are being torn apart and we can’t gloss it over with nice speeches, my dear Mr. President. Sir, with all due respect, that was a great speech you made today and you praised the marchers, and they’re worthy of praise; you honored the marchers, and they’re worthy of honor. But of course you spoke ill, indirectly, of me as a purveyer of malice and hatred. I must hasten to tell you, Mr. President, I’m not a malicious person and I’m not filled with malice. But, I must tell you that I come in the tradition of the doctor who has to point out, with truth, what’s wrong. And the pain is because power has made America arrogant.

Power and wealth has made America spiritually blind, and the power and the arrogance of America makes you refuse to hear a child of your slaves pointing out the wrong in your society. But I think if you can clear the scales from your eyes, sir, and give ear to what we say perhaps, just perhaps, from the children of slaves might come a solution to this Pharaoh and this Egypt as it was with Joseph when they had to get him out of prison and wash him up and clean him up because Pharaoh had some troubling dreams that he didn’t have answers to.

The eighth stage is perfect union with God. In the Qur’an, it reads, “Oh soul that is at rest, well pleased with thy Lord and well pleasing.” Freedom can’t come from white folks. Freedom can’t come from staying here petitioning this great government. We’re here to make a statement to the great government, but not to beg them. Freedom cannot come from anyone but the God, who can liberate the soul from the burden of sin. This is why Jesus said, “Come unto me” not some who are heavy laden, but “all that are heavy laden and I will give you rest.”

These eight steps take place in a process called time. And whenever a nation is involved in sin to the point that God intends to judge and destroy that nation, He always sends someone to make that nation or people know their sins, to reflect on it, to acknowledge, to confess, to repent, and to atone that they might find forgiveness with God.