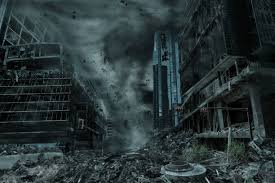 Today, the so-called American Negroes must be resurrected and made to know and understand the fate of anyone who will follow or be deceived by the arch-deceivers.

The strongest and most powerful weapon the arch-deceivers have at their disposal is to deceive the world of righteousness (the Nation of Islam). They do not stop at the common, ignorant Muslims, but reach also for the scholars and scientists of Islam, who should be aware of their trickery and deceit.

We are in a world that is passing out of existence—and she is putting up a fight (war) to destroy the nation of righteousness. Be aware! To try to oppose the success of Allah’s truth only hastens the doom of falsehood and its teachers.

The archdeceivers force war against themselves. Their ultimate aim is to do as their people always have done—try to destroy the preacher of truth and those who believe and follow him. This was the aim of Cain when he slew his brother, Abel, and the aim of the dragon when he sought to destroy the woman (the Messenger), as it is written in Revelations 12:4.

The lost-found members of that nation should be taught to know the ultimate aim of this world. God has visited them, and has prepared a teacher (in myself) to teach them, thereby making it easy for them to understand and recognize this world and its secret, ultimate aim. It is even given in the Bible, in Revelations 12:9. There it speaks of the members belonging to the righteous nation, and shows that through deceit, Satan causes them to become as himself—against the truth, peace, justice, safety and security one would enjoy if he only were not deceived.

God must fulfill His promise to show Himself as God over all the powers of heaven and earth, and men on earth. As it is written (Thessalonians 2:9), “He comes after the workings of Satan.” Satan has been given the power, knowledge and authority to deceive as many as he could before the appearance of God or the universal manifestation of the presence of God. He has given this power in the beginning, according to Chapter 2 and 7 of the Holy Qur’an, and according to the Bible in Genesis 1:26, Revelations 6:4,8, and Revelations 12:3,4.

We have known all our lives that the devil was a great deceiver, an enemy of God; and that he wished to be the victor, with his knowledge of superior arts in deceiving the people of God.

He desires to cast them down, disgrace them and make them accept his deceit before the very face of God in the general resurrection of the dead.

The so-called American Negroes—as I have repeatedly taught in my articles, sermons and lectures to my people—are the spiritually dead. They have been touched and paralyzed to death by the archdeceiver through his missionary teachings, his literature, his personal conversation and by accepting his advice.

God has given to me a very strong and invincible truth that will defend, protect and prevent you from falling victim to the arch-deceiver. Read these, and treasure them; they are your life. Ignore them, and it is your death.