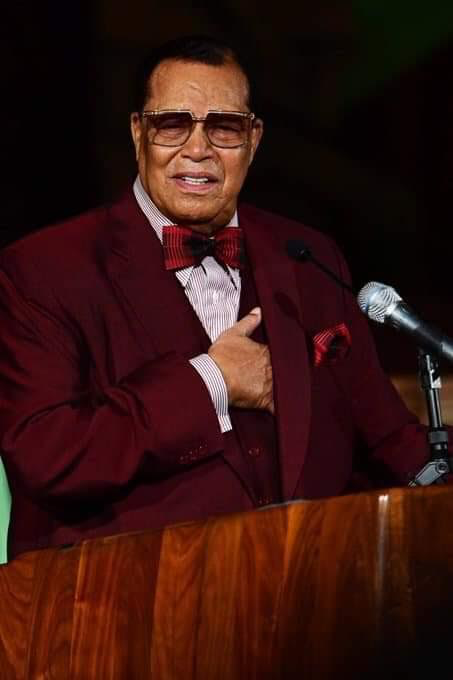 [Editor’s note: The following text is excerpted from a timely message delivered by the Honorable Minister Louis Farrakhan on February 14, 1986 at the Kwame Nkrumah Center in Accra, Ghana, titled “Unity and Peace: The End of Tribal, Religious and Political Divisions.” This article was originally printed in the March 19, 1986 (Vol. 5, No. 8) edition of The Final Call.]

Islam teaches us that Allah (God) is One. And from one essence He brought humanity into existence, so all things come from one, and all things must eventually return to one. So, beloved, though my speech is primarily an economic one, I could not delve into economics without trying to sort through some understanding of religion. We can produce peace and cooperation to lift Ghana and Africa out of the condition that she is in if we understand religion, for religion is the most divisive of subjects. People argue and fight over religion, even killing in the name of God.

If Allah (God) created the heavens and the earth with truth and wisdom, then how can we reflect our creator and not produce anything? Without knowledge, there is no difference between us and the beasts of the field; therefore Allah (God) requires all of us to become men and women of knowledge. But knowledge doesn’t have meaning unless we act on it. We can read and recite the Qur’an all day, and Allah (God) will be pleased that you read and recite it, but He would be more pleased if you carry it into practice.

You worship Him (Allah) by seeing what He has created. If it were not for His Creation, you would not know that He exists, and how can anybody know that you exist if you do not build or produce anything? As long as Ghana is non-productive, Ghana is non-existent. As long as Africa is non-productive, Africa is non-existent. As long as Black people in the world do not produce anything, we cannot expect the White, the Brown, the Red or the Yellow to honor us.

We honor Allah (God) because He created the Sun, the Moon and the Stars, and all things that we see and those things that we don’t see or know anything about. If we wish to be honored, then we must get up from the reading of our books and the recital of our scripture and put the scripture into action. From Prophet Abraham all the way to Prophet Muhammad, peace be upon him (PBUH), we have knowledge increasing, divine knowledge increasing, and therefore you have in the example of Prophet Muhammad (PBUH) an example of what human beings can evolve to.

But now, what is our condition? If this is the ideal that we can evolve to, where are we now in this process of evolutionary development? Beloved, we are far, far down. In fact, the truth of the matter is that there are very few human beings among the whole human family of the earth. Human kind has not evolved; it has degenerated as though no prophet has ever walked among us.

In order to get them off of our back, and out of our land, we have to take up arms and kill another human being in order to become a free people. The world is not inhabited by human beings, it is inhabited by beasts in human form.

In the Bible in the Book of Revelation, it closes with four great beasts, and all of humanity is under the rule of these four great beasts. America is number one; England, Germany, Russia, all of them put humanity under their thumb. The religious leaders of Islam are under political leaders who have no respect for religion, no respect for Allah (God). The West pays lip service to Jesus while they really worship Shaitan (Satan).

Isn’t it a human right for us to know? Isn’t it a divine right for us as human beings to be possessors of knowledge? Yes, it is. Therefore, any nation or government that wishes its people to become great must make knowledge available, or give the people access to knowledge. It is wonderful to see a school. Why? Because you have many mosques and churches but you have an ignorant, unlearned people.

Allah (God) introduces Himself to us as the Best Knower. Then, we must build schools along with our mosques that we may educate our people into the wisdom of Allah (God) and the wisdom of the world, for the Qur’an teaches that in everything that Allah (God) created is a lesson for man.

In the first verse of the Qur’an that Allah revealed to Prophet Muhammad in the darkness of the cave, He said, “Read in the Name of thy Lord who creates—creates man from a clot, Read and thy Lord is most Generous, Who taught by the pen, Taught man what he knew not.” The Bible begins, “Let there be light,” and the Qur’an begins, “Read.” How can we be honored and respected among the nations of the earth with the stench of ignorance, savagery and uncouth behavior at our hands? Someone must teach us. We must be taught again how to be what God intended us to be. The leaders today must be teachers.

We need leaders who are strong, who are militant. Certainly we need a strong military, but all leaders must teach, because if we do not teach the people, then all we are doing is ordering ignorance, bringing order to savagery, bringing order to uncouth behavior through fear. But, fear-inspired respect for authority does not bring about internalization of knowledge that enables one to grow into a fully developed human being. Knowledge is a test of the nature and character of its possessor. All of the prophets had knowledge, but they served the people with what they knew, and evolved the people. Why are there more Ghanaian doctors, writers, and scholars in Europe and America than in Ghana? The colonial master, when he teaches you, never teaches you to serve your people. You are not poor because you have no money; you are poor because you don’t have the knowledge and how to put that knowledge to work to make riches for yourself.

So the colonialists have undermined all of Africa by bringing your sons and daughters to Europe and America and teaching them that more knowledge brings a better car, a better home, and a fat bank account. But that is not why Allah (God) revealed knowledge. Allah (God) reveals knowledge to evolve us from sperm so that we can be perfect reflections of His divine character. So when a person seeks knowledge, it is not to be a slave master, or an oppressor, but to be a better servant of the totality of the human family, starting first with our people and ourselves.

Your nature is to submit to Allah (God). Islam does not come from a book. Islam comes from the nature in which you are created, so the book comes from within yourself. But, when you have lost the path, then, Allah (God) sends a prophet with the guidance and a book to guide you back to your nature that you have violated.

The colonial powers wanted to put you and me in a position that even when they were gone they would still be in power. They have gone from Ghana since 1957 but today they still have power in Ghana. Where is their power? Their power is in the residue of their thinking in the minds of Ghanaian people, in the minds of Nigerians, and all African people, in the minds of the people that she has colonized all over the world. As long as any residue of their thinking remains, they can rule you from London by remote control. I am your brother from the West, I love you as I love myself, and I want to see Africa free.

Ghana Must Feed Herself

With the knowledge of technology, you begin to go into the Earth and mine her treasures to put them into the service of Ghana. Look at the gold and diamonds that are here. Who will mine the gold and the diamonds? You must do it.

Since gold is the standard of value and you have more of it than practically anybody else, you should be richer, stronger, but you are waiting for a mystery god to come down out of the sky and do for you what you must get up now and do for yourself.

Allah (God) will never change the condition of a people until they change it themselves.

We, your Black brothers and sisters in America, are working feverishly to unite our people, gain more economic and political leverage so that we may change the policy of the United States of America, and the direction of America.

Moses grew up in Pharaoh’s house, and Joseph grew up in Pharaoh’s house; Joseph became a master in the land where he was sold as a slave. We were brought away from home over 400 years ago, and were in a strange land among strange people, but, beloved, I am a sign to you that the resurrection of the dead is now taking place. Not the dead in the cemeteries, but those who are dead of knowledge, wisdom, understanding and power are rising up inside America.

The Honorable Elijah Muhammad, a Black man from Georgia who we believe Allah (God) gave us out of our crying, yearning and longing to be delivered, had a method of reaching us with Islam that is unique, unparalleled.

I am not taught from Mecca. I never went to Al Azhar University. I never went to any university in the Islamic world, but I am coming back to the world of Allah (God) and Islam with a message in my mouth that did not come from The East.

Well, who raised us up in The West who is inspiring us now with a faith that is so unshakeable?

We are your brothers, we are your friends, and we come home for the first time in 400 years to extend our hands to our fathers and our elder brothers hoping that you will receive us even though we are filled with the stench of a stranger. I hope that you can hear and feel the spirit of Africa coming out of your brother from The West and know that the God is raising up the destroyed in The West.

Going on a westerly course, the slave ships sailed to the land of our captivity, where we were striped of our names, our language, our culture, our God, our religion, and reared to think we were nothing. For 310 long years under whip and the lash, we would not be able to learn, for it was against the law for us to know anything but what the slave master taught us.

They beat us. They castrated us. They took hot pokers and put them up into the private parts of our women. They slashed open the stomachs of our pregnant women and stomped the baby with their heels. They strung us up on limbs of trees and they burned us alive in America. And after 300 years, we were educated and made Christians, not because they wanted to bring us closer to Jesus, but to make better tools of service for them.

The son that was dead is alive and has come home to wake us up and make us alive again. God Almighty is with you in Ghana; He is with you Black people. Rise up and make Ghana and Africa and the world what Allah (God) intended it to be.