The Mystic Masters Ashram –  is a metaphysical institution that was established to disseminate the ancient sacred knowledge, theurgic sciences & wisdom  of the cosmos, the earth and its original inhabitants. Portions of this knowledge and wisdom has and is currently being bestowed upon the founders, Afiya & Gary Mahatmas Muhammad, by Master Fard Muhammad, Master Elijah Muhammad and the Cosmic Hierarchy as a means to offer an untainted rendition of the Ancient Wisdom, the theurgic sciences  and an elevated training

course for the aspirants and seekers among the people in the western hemisphere. This knowledge in unison with training offered in the M.M.A. will lead to respect for one’s self, spiritual advancement and mastery of the Science of Being. The M.M.A. offers home correspondence lessons to help facilitate the private study, cultivati

on and expansion of the divine spark within Man otherwise known as self illumination.

Our Ashram  was established as a living reality  to render 2 vital forms of service also known as ministries. 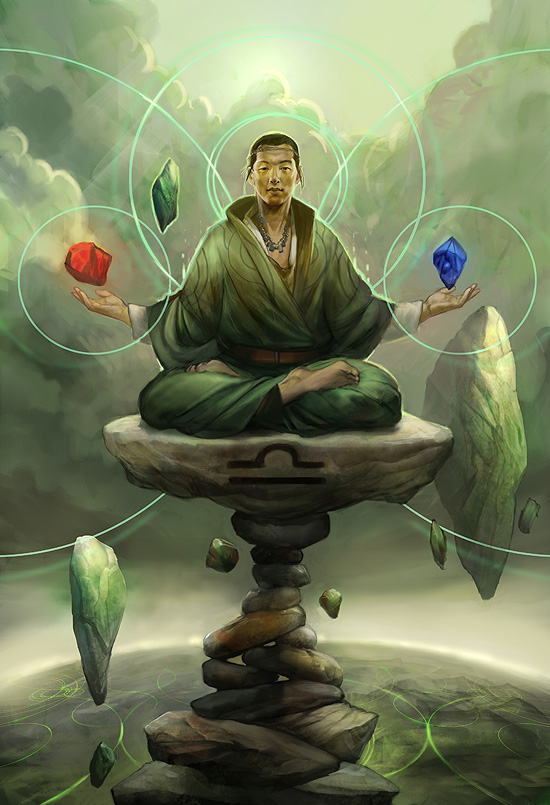 The work of the M.M.A. offers in-depth insight and training that leads to the spiritual unfoldment of the divine part of man giving the seeker in time full knowledge and access to the divine power that lies dormant with-in their person.

We believe that the foremost technology given to us in this creation is the mind of the human being, which is a smaller fractal of the Cosmic Mind of the Source of Creation also known as Allah. We believe there is no greater technology than the being of man which is a conduit of the mind of the Source of Creation and through our being all power can be manifested through the various higher dimensional  bodies that is gifted to man. In totality, man is the greatest form of technology that the Source has rendered to this creation

By what authority was this Ashram Founded ?

Supreme Director of the Cosmos, along with the united mind and will of his chief Angel, the Cosmic Christ, Master Elijah Muhammad, as a helping and upgrading tool for the sincere followers of the benevolent ascending Arch Angel, the Honorable Minister Louis Farrakhan. It is on their behalf that this momentous work has now begun to forge its head from the womb of our mother nation, the Nation of Islam, into a world that is being deprived of the light of guidance, knowledge, and wisdom. This Ashram is dedicated to helping every sincere seeker to prepare themselves for the work of ushering in the Golden Age and the proper placement of the stone the builders rejected as the capstone for the NEW house of the Lord. . 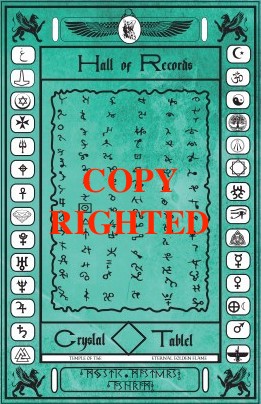 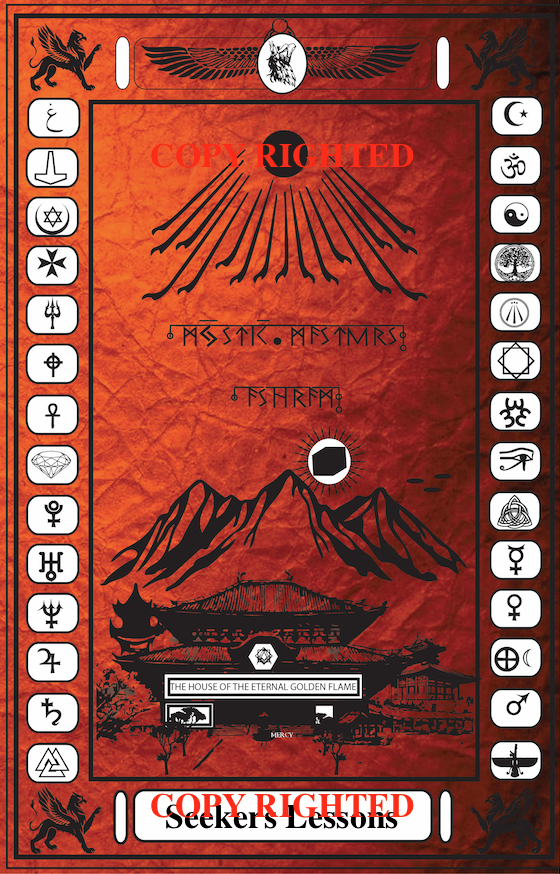 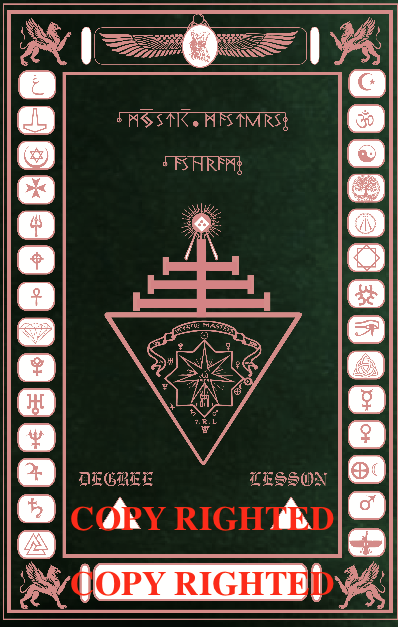 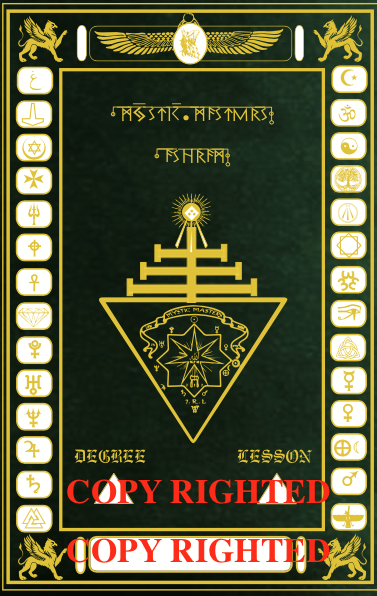 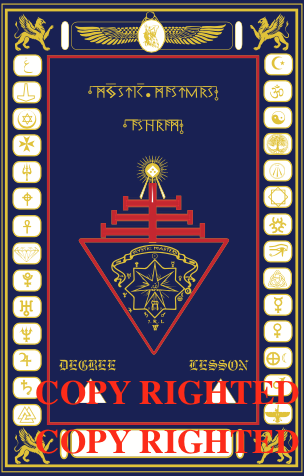 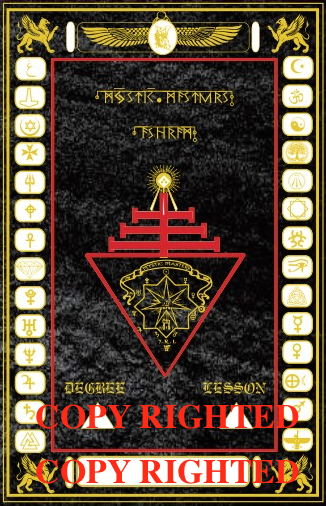 THE 3 PRINCIPLED POWERS OF THIS ASHRAM 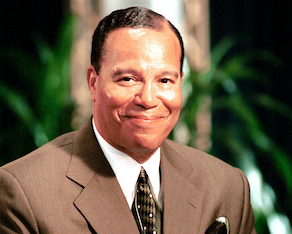 Born May 11, 1933 in Bronx, N.Y, was reared by his Mother Sumayyah Farrakhan in a highly disciplined and spiritual household in Roxbury, Massachusetts. The Honorable Minister Louis Farrakhan, already being destined for divine greatness, was blessed with Mother Sumayyah, who put a young Louis through an intensive process of spiritual transmutation with the proper placement of  high moral values (sulfuric elements) cohesed with a resilient work ethic ( mercurian element ) into his character . His peculiar childhood was further fine tuned with the introduction of the 3rd heavenly element called salt ( the violin ) that would have the final purifying effect that would start the transcendency of his being . This transcendental becoming led him to being a child prodigy that became nationally known for his early mastery of the violin. He had a brief career showcasing his skills as a violinist and calypso singer that eventually led to peculiar circumstances to meet with a known representative of the Nation of Islam at that time called Malcom X.Malcom quickly noticed the uncanny ability of the Honorable Minister Louis Farrakhan to digest and express the powerful knowledge and wisdom of the Most Honorable Elijah Muhammad. This led to a formal introduction of the 2 from afar, which then grew closer and closer as the years proceeded. That spiritual closeness of the Teacher and the destined student spawned a divine alchemical marriage that has carried on to the very moment of this writing. The Honorable Minister Louis Farrakhan has been guided by Master Fard Muhammad and Master Elijah Muhammad to have unequalled success and notoriety amongst the Nations of the Earth as their proven sole Representative to humanity ! 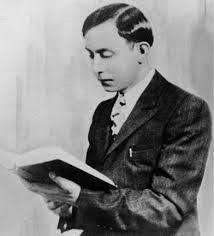 The Ayin of the Cosmos

Allah who appeared in the person of Master Fard Muhammad was born in the Holy City of Mecca, Arabia, February 26, 1877. This glorious embodiment of the Highest Divine Manifestation of the  Supreme of Creation among humanity is the first public appearance of the Supreme Being of this Universe in 66 Trillion Years. This mysterious Celestial Being came to restore the Black Nation back to their original glory and to establish with the hammer of thunder the  reign of righteousness throughout the Cosmos. Master Fard Muhammad was drawn down from the highest sphere of creation by the powerful mind and pure yearning of his Father Alphonso who was the only qualified member of the Ancient and Celestial Tribe of Shabazz as the leading Scientist of Islam among a very sacred and secret group of Men who govern the affairs of all aspects of Creation. 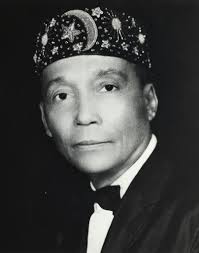 Born Oct 7- 1897, the son of a baptist preacher named William Poole later named Wali and Marie Poole in Sandersville ,Ga. In 1931 the Most Hon- Elijah Muhammad came into contact with a  mysterious figure named Master Fard Muhammad and thus began his training which lasted 3 years and 4 or 5 months to prepare him in establishing Islam among the destroyed ,lost but now found  ab-original people in the western hemisphere called America. The 1st phase of his work concluded 1975 and he is now engaged in the 2nd phase from an exalted position of  Cosmic power  rendering guidance and protection to those who’s hearts and minds have been fashioned to established the divine will of Allah among humanity.