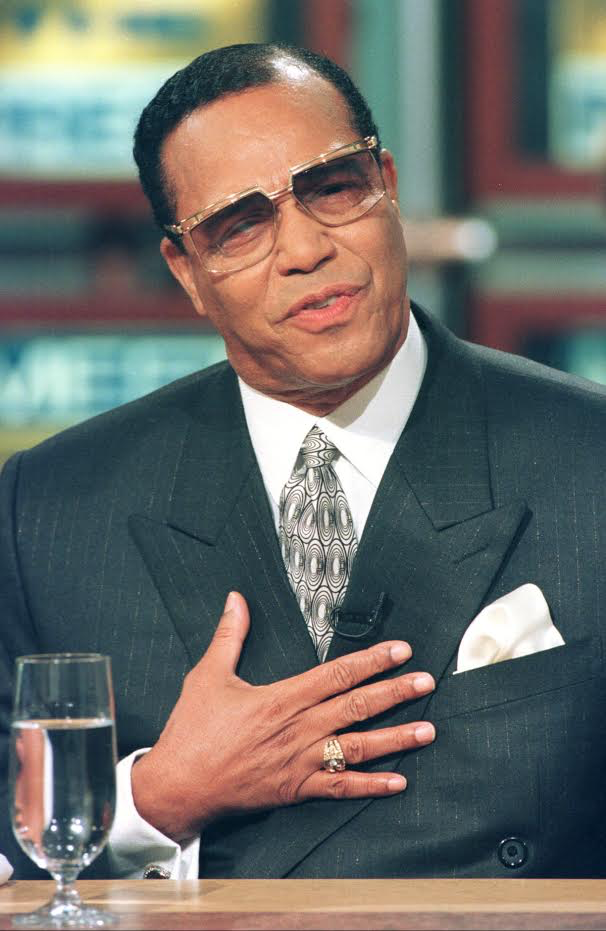 [Editor’s note: The Final Call has been consistent in covering the affairs of the rise of Indigenous people all over the Earth, particularly as it relates to the world’s first independent Black Republic, the island nation of Haiti. The Caribbean has served as a vital route for those involved in the trafficking of Black slaves for hundreds of years, who have been subjected to all manners of horrifying genocidal colonialism, imperialism and White Supremacist ideology. On numerous occasions the Honorable Minister Louis Farrakhan has lent his voice to draw the world’s attention to the plight of the people of Haiti, often speaking of their indefatigable spirit and resilience.

What follows are excerpts from messages he has delivered throughout the years as a voice for oppressed people worldwide. His thought-provoking words undoubtedly can serve as a means of guidance and direction in viewing the state of the Indigenous peoples’ struggles for growth all over the Earth, as well as Haiti’s past, present and potential for success in the future.  Currently, Haiti stands poised to resume a key economic role with its first election since the January 12, 2010 earthquake devastated the land. The decision will be key in the subsequent rebuilding efforts of the nation’s people and government.]

“Whether you know it or not, beloved Black brothers and sisters, you are right now in your first state along the path of human development. You are a long, long, long way from where you and I yet have to go.

“White folks today, rule the world. They are not in their first state of development, but I say to Caucasian people:

Do not mock the development of those who are coming out of colonialism, up from under imperialism, up from under a dark night of ignorance as they struggle to evolve. And don’t make your evolution cause you to think that you are superior to other life, lest it produce in you arrogance; and that arrogance stops your growth and development because you think that because God has favored you with Knowledge, Light and the Freedom to grow, you are “better” than others who are now coming into that Light by God’s Permission.”

“Don’t judge yet because we are not what we’re going to be and we’re not what we were. We have to stop the killing.”

Question: Mr. Farrakhan, what is the view of your organization (NOI) on the invasion and the continuous occupation of Haiti?

HMLF: “Well, certainly our sympathy has always been with the Haitian people and it seems that ever since Toussaint L’Ouverture and Jean-Jacques Dessalines beat Napoleon, Haiti has never been allowed to come out from under Western domination and humiliation.

I think what has happened to Haiti with Jean Bertrand Aristide is mockery. If Aristide was disallowed his five-year term in office because of a coup (overthrow); and America put him back in power but disallowed him to continue where he left off—and then disallowed him to be re-elected—I think there is something wrong. So, Haiti continues to suffer.

And it will probably continue to suffer until there arises among the masses that kind of Knowledge, Wisdom and Understanding that will unite the masses, that they may throw off the yoke of imperialism, colonialism, slavery and dependence that has so weakened and destroyed that beautiful nation.”

“Haiti is in trouble today. And even in spite of differences, the bigger picture is Haiti. We have to come together around Haitian leadership; and over the long term, help rebuild Haiti.

“There’s a tiny group of people that study you—and I’m saying this to Wyclef Jean, because, when your heart is for your people, there are those who have always corrupted the leadership of Haiti.

“And right now, like vultures that gather around a famous brother, because they suspect a future for him back in Haiti. And they want to get their claws into the brother, so that if he goes back to serve, he’ll be their man.

“When they select you, they study you well. They studied Barack Obama, our brilliant Black brother. If you can recall Senator Harry Reid’s comments, he was talking to a White reporter and said: “You all got it all wrong.” He was telling the White reporter, “Look. I think we can abide a light-skinned Negro that doesn’t speak with Negro dialect.”

“This is why there’s oligarchy in Haiti; people that are rich, and suck the blood of the poor! They only had one popularly-elected president in 200 years, and that was Brother Jean-Bertrand Aristide.

“Now let me tell you how our government deals: Brother Aristide comes up out of the masses—he’s like Barack: He wants to unite everybody! In America, they push Toussaint L’Ouverture, and you can’t read books and find too much about Jean Jacques Dessalines, or Henri Christophe.

“How in the hell can you unite with that which has enslaved you, and oppressed you? And then say: “We want to be with you!”? Not on those terms!

“Toussaint and those with him fought, and they won, but he wanted to maintain Haiti as a colony of France. A colony—after you bled, and you died, and you won? You still want to be a colony? Dessalines would not have that.

“So when they tricked Toussaint out of Haiti; and then he never came back, he died while he was out of the country. Dessalines said, “No!” and the first Black Republic on this Earth was Haiti!

“We owe Haiti a debt of gratitude…

“Haiti received its independence a few years after America won her freedom from Great Britain, or, England. Imagine a Black Republic in the Caribbean in the midst of all these nations that had us as slaves: America, Brazil, Central America, Jamaica, Barbados. You had the Dutch, the Spanish, the French, the Portuguese, so some of you have Spanish names, and you’re dumb enough to think that you’re a “Spaniard.” Some of you have English names, and you swear you are “English.” And the names of my Haitian brothers and sisters: Francois, Chauncey.

“But where did you get that name? From your slave master. He doesn’t respect voodoo! What is voodoo? What is the Native American culture? What is the Sun Dance? What are your rituals? Are they worth anything to the White man of America? They are worth nothing. He is superior.

“He could have learned from the Mayans, but he burned their books of Higher Mathematics. He could have learned from the Aztec, but he was arrogant! “Your religion means nothing! I’m going to make you a Christian.” Can you imagine a devil making you a Christian? How in the hell can he make you into Jesus, when he was as far away from Jesus as Satan and Lucifer and Beelzebub are from Jesus Christ?

“After Christophe whooped Napoleon—I mean, they gave him an African Whooping!—he said, “Enough of this! I don’t want anything to do with these Blacks in the Western Hemisphere. So you all can have The Louisiana Purchase at a price of $15,000,000.”

“This is because the brothers went off in Haiti. There was Denmark Vesey, there was Nat Turner, there was Gabriel Prosser; there were the Maroons in Jamaica; there were the uprisings in Brazil—all started from our brothers and sisters in Haiti. I want you to see what our revolution in Haiti gave to America. That’s why America, you owe something to Haiti; and we are not going to let you make it a paradise so you can rape our women, sodomize our boys, or take them out of Haiti, and make them slaves! We’re not going to let you do it!

“We owe Haiti. I can’t let this go. I promised I would be a voice for the voiceless, along with all of you. I don’t say that I don’t love Toussaint—I love him to the max! But I’m a man like Dessalines: I don’t want to be a ‘colony.’